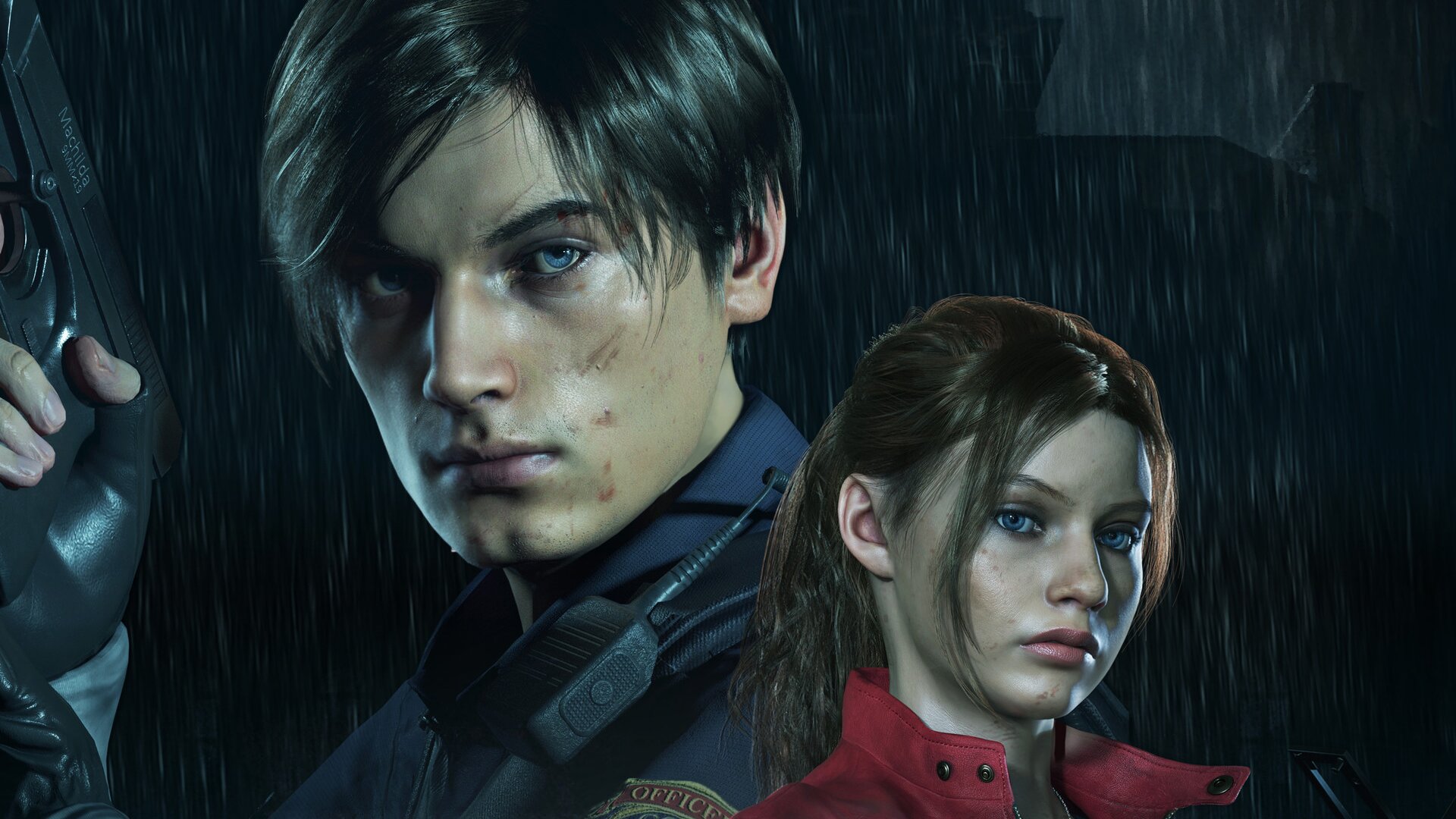 Even if you’ve never played the original Resident Evil (and we strongly advise the existing remake if you haven’t) you’ll probably be aware that it involves zombies in an isolated mansion, with a sci-fi explanation rather than a supernatural one. Although Resident Evil 2 is set in Racoon City, during the midst of a mass outbreak, it follows the template of the first game very closely, with the first third of the taking place in a baroque-looking police station that used to be an art museum. Although subsequent games began to expand the formula the first sequel was just the same thing but bigger and, arguably, better. That might have made a remake seem redundant but if you’ve already played the 1-Shot demo you’ll know that rather than replicating the fixed camera views of the original this uses a Resident Evil 4 style over-the-shoulder camera and state-of-the-art modern graphics. And it is glorious.

As in the original, the remake has an unusual set-up, in that right from the start you can chose to play as either rookie cop Leon S. Kennedy or ordinary civilian (and sister of Chris from the first game) Claire Redfield. They each have their own campaigns, that will likely take you about eight to 10 hours on your first playthrough, roughly a third of which is unique to them. Leon becomes involved with a mysterious woman called Ada and is relentlessly pursued by an indestructible monster named Mr X. Claire, meanwhile, runs into a young girl named Sherry and through her learns more about the people behind the outbreak. Each character also has a different set of weapons to collect but the first few hours are largely the same for both. You begin the game with only a few bullets to your name and must carefully explore the police station, searching for various keys and items and engaging in some highly impractical logic puzzles involving locked doors, desks, safes, and lockers. Collecting plastic books from the library to put in the arms of a statute that drops a giant red gem is patently absurd but we’re very glad it’s all been kept – and in some cases expanded on – because silliness is all part of the Resident Evil DNA. And yet this is the first entry since Resident Evil 7’s soft reboot, so the remake takes the same slightly more realistic approach as that game. The difference is subtle – characters’ clothing now resembles something a human being might actually wear and at least one of the minor monsters has been removed for being too unrealistic – but the biggest difference is that the script has been completely rewritten. Instead of the pure cheese of the original it’s now perfectly ordinary, if sometimes amusingly on-the-nose. And yet because the implausible story is still largely the same, and because the puzzles seems even more incongruous in this modern age, there’s still a welcome tang of Cheddar to the whole endeavour, even without bad dialogue or voice-acting to laugh at.

The combat works largely the same as Resident Evil 4, 5, and 6, albeit with access to far less ammo than those games. This is especially problematic because zombies can now take several shots to the head (turning it into a disgusting ball of gore as you blast away) before they even think of falling down, and can get up multiple times if you don’t finish them off or run away. They can also follow you through doors, a fact that they announce by mindlessly pounding on them before smashing their way through. There’s also Mr X, the golem-like monster in a trenchcoat who became the precursor to Nemesis from Resident Evil 3. Once he’s introduced to the story he follows you everywhere and cannot be killed, only stopped in his tracks for a few seconds. You can usually hear him even when he’s not around and he adds a huge amount of tension to the police station section. He does appear elsewhere, depending on who you’re playing as, but it has to be said that the police station is, and has always been, the best bit of the game. Or at least it’s certainly the scariest, with the worryingly quiet corridors that creak under foot and the ominous shadows that suggest disaster at every turn. Hearing the fateful roar of a licker (who we didn’t realise before, but are blind) froze us in fear every time, both in the real world and in the game, as you discover there are worse things in the game than just zombies. For those that are familiar with the original there’s nothing in terms of new content that’s quite as interesting as Lisa Trevor from the Resident Evil 1 remake, but the original design is still expanded upon and shifted around in some interesting ways. This includes a number of new story beats that take advantage of the more serious dialogue, even though the rest of what’s going on is still so over-the-top.

The graphics for all this are fantastic, with deep blacks and thick shadows that make you wish the whole game took place with the lights off. Especially as that helps to make the wet, gooey viscera slathered all over the walls even more terrifying in your torchlight. The facial animation is great too, giving real personality to what were previously very basic characters. The only problem is what appears to be a graphical glitch affecting some reflections, which is particularly evident towards the end of the game. It looks like the sort of bug you get with PC graphics card when the driver’s not up to date, so we hope it’s something that will get fixed quickly and hopefully before launch. It’s certainly the only thing close to a flaw in the presentation, in what is almost a perfect remake. What qualms we have are largely with the original design, in both its similarity to the first game and the uneven pacing of the second half. Some might also balk at the old school design, particularly the puzzles and relatively small map, but that’s part of what makes it feel so distinct and we wouldn’t change it at all – or at least not while they’re still making new entries as well. Once you beat both campaigns you unlock a B story for both Leon and Claire, referred to here as a 2nd run. They are quite different from the first campaigns but they don’t change depending on your save data, as happened with the original ‘zapping system’. That’s not necessarily any great loss but you might have hoped that some more high-tech equivalent could’ve been created. But instead they’re just linear campaigns, that unlock another couple of bonus modes afterwards.

The game adds a lot of new features and elements, and of course the amazing new graphics, but it still seems amazing that such an old design – modernised as it may be – can feel so fresh and exciting today. Whether you’ve played the original 100 times or this is your first ever taste of the franchise it’s a hugely entertaining standalone experience, that everyone can enjoy. Resident Evil 2 was always a fan favourite and this remake ensures it’s going to stay that way.