Battlefield Hardline is a game of cops and robbers, it consists of two basic modes: campaign and multiplayer, something that is appreciated in the context of a bare transition to securities without story mode.

Battlefield Hardline is not the FPS action you expect, it is a hybrid of other concepts warm, sprinkled with high-speed chases. To submit to the criminals, the protagonist Nick Mendoza has 2 or 3 key resources, among which is his badge, Taser and gun shell that serves as distractor, but does not have a silenced sniper rifle -at least to Start-, the option to hide bodies hung from a silver lining and attack from above, set bombs, cut power to cover in the shadows or to disguise the clothes of an enemy killed. So if we evaluate Battlefield Hardline so provided as stealth game, it is one limited and flawed AI both criminal and allies, who often come on, you push or pass in front of the noses of criminals without detection.

Battlefield Hardline tries to be different by being a detective game. Nick has to do with a scanner of evidence, but until this mechanism is weak because the device is only capable of recording preset environmental elements that should not even seek, to have a compass that indicates where lies the next piece of material incriminating. Initially, a character tells you that the scanner is connected to all databases enforcement, which aims to entice you to scan the faces of criminals, but oh, surprise !, the device recognizes only a handful of arresting criminals who can change more points. Taguea only the rest. Gather evidence and put under arrest wanted criminals, increases the score and thus, the selection of arsenal available but the detective experience as such is rigid and boring. 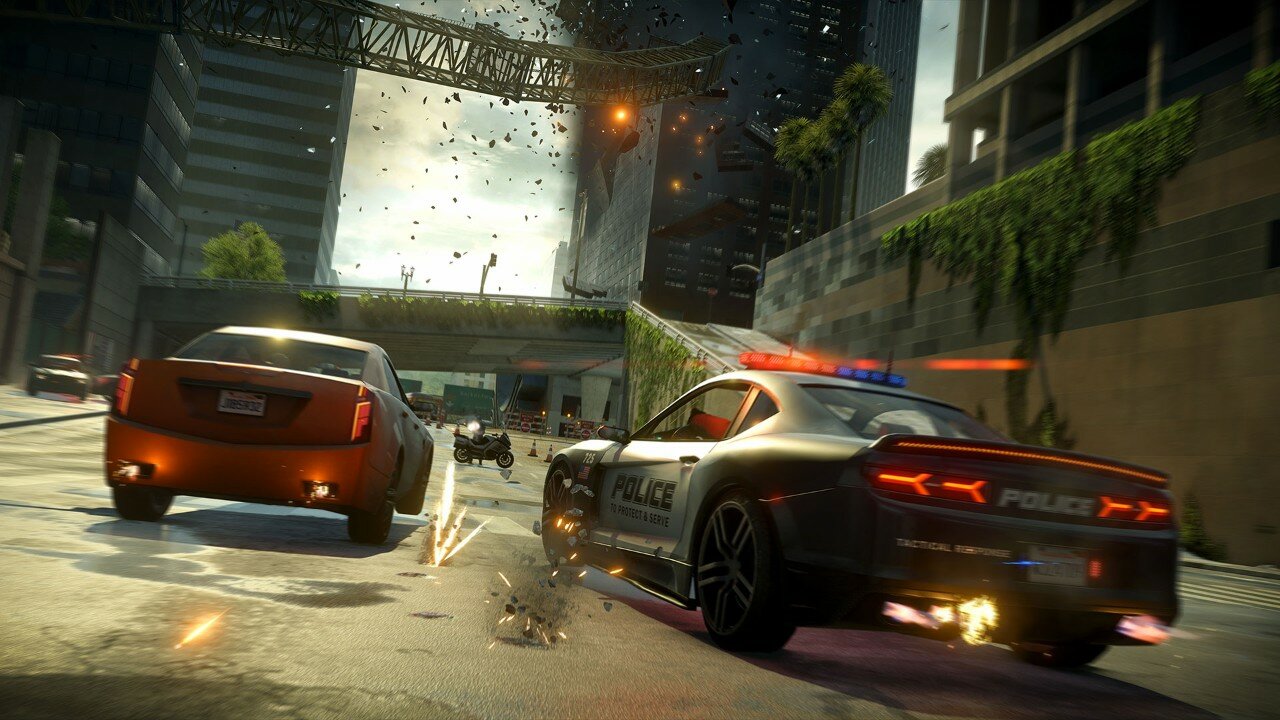 No failure to imitate other concepts, as long as its execution is equal to or greater than the source material, but that is not the case with Battlefield Hardline, at least in the campaign.

On the sound front, I was surprised to notice some anomalies -this is usually an automatic success in Battlefield-. After the game, for example, action music was playing in the background, so do not let me hear the dialogue between characters and bam! the system suddenly noticed it and stopped the track pit.

Multiplayer, it’s time to move on to the main attraction of Battlefield Hardline: competitive online mode, which, in my opinion, outshines the campaign, but fails to completely distance themselves from identity problems.

It is clear that with Battlefield Hardline, Visceral Games tried to increase the pace of action, modes and maps that prompt the speed, for example Heist, where the idea is to escape with the loot; Blood Money, which is taking money from a central well and return to the base as quickly as possible; or Hotwire, which is specific to steal vehicles and drive them frantically, to exhaust the air of life of the opposing team. But if you’ve played any Battlefield, you know that the series is not meant for that. In fact, the characters bearing a heavy mobility when compared with other FPS, and therefore vehicles abound. 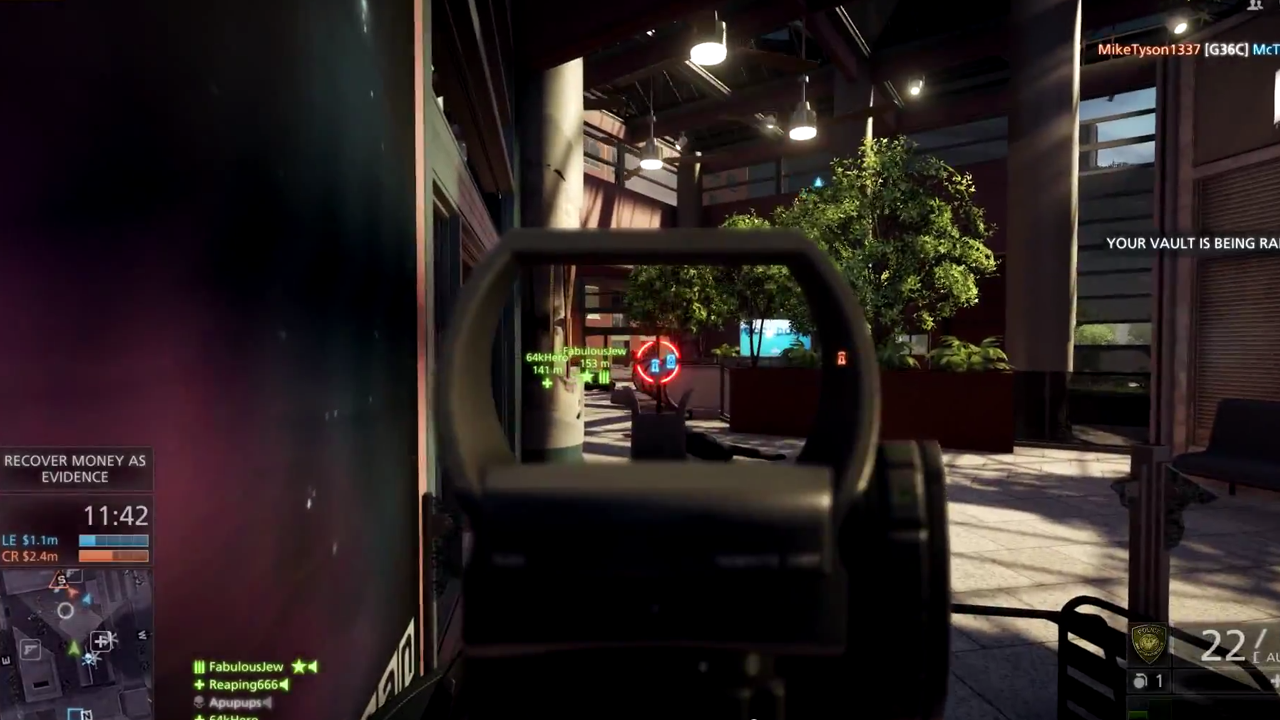 In the multiplayer of Battlefield Hardline, however, ground vehicles exhibited the same poor handling the campaign -that like always brought the hand brake and there are only a handful of helicopters, whose operation, true to custom, is challenging. And woe to you if you run car run out Hotwire! It is a mode designed with cars and helicopters in mind, and although up to 4 can go in a car, often will be prowling the map walk desperately to get away from the action.

I spent hours playing Heist, Blood Money and Hotwire, but something does not fit. I get the impression that for rapid and chaotic as these modes, it is necessary to redesign the mobility and make it a little lighter, which Visceral definitely not considered, because that would have meant getting the most fundamental pillars of the series. And then … a miracle! I felt like a fish in water, in large maps, on a helicopter with 30 other players, trying to control headquarters in a massive territory … was playing Conquest, the typical mode of Battlefield. That is, despite all the hype, in my opinion, the best way to Battlefield Hardline is one that already existed and was better in Battlefield 4. The other options are ingenious but not fit perfectly with the philosophy or Battlefield or with their lack of maneuverability.

There nominal changes in the structure of multiplayer Battlefield regarding Recon 4. Instead, here the sniper takes for Professional name; Operator class equals Assault; Mechanical Engineer is; and Sicario (Enforcer) Hardline is what man was to Support Battlefield 4. But in practice, played in a similar way and progression now is for money-very ad hoc with the concept-; new nickname for regular score you already know.

Earn money and level up, unlock weapons and accessories for both rifles and pistols, and for vehicles, and there is also the figure of Battlepack, an occasional reward for leveling or collect certain amount of currency, inside which you can find aesthetic improvements and boosts for your character progression, which can also be purchased with real money.

The visual customization is not exactly a strong point or highlight of Battlefield Hardline. In addition to color changes for weapons and camouflage for the characters, there are patches with different patterns, logos or flags to unlock in the game, with some exclusive to series veterans and other program for Premium subscribers, but consider other exponents gender are much deeper and entertained in this category.

Visceral Games made greater emphasis on active evolution scenario, something that DICE on Battlefield baptized Levolution 4. In most doors there are interactive maps that play a role in the process of competition, but there are also big destructible structures and massive weather events such as hurricanes or dust storms that affect the gameplay to sharply limit the visibility of infantry and pilots in the air. In Derailed an explosion collapsed a bridge; on The Block, apartment houses break down completely; in Growhouse the marijuana plantation burns -what comlplica access to money center stack Blood Money, for example; and so on. 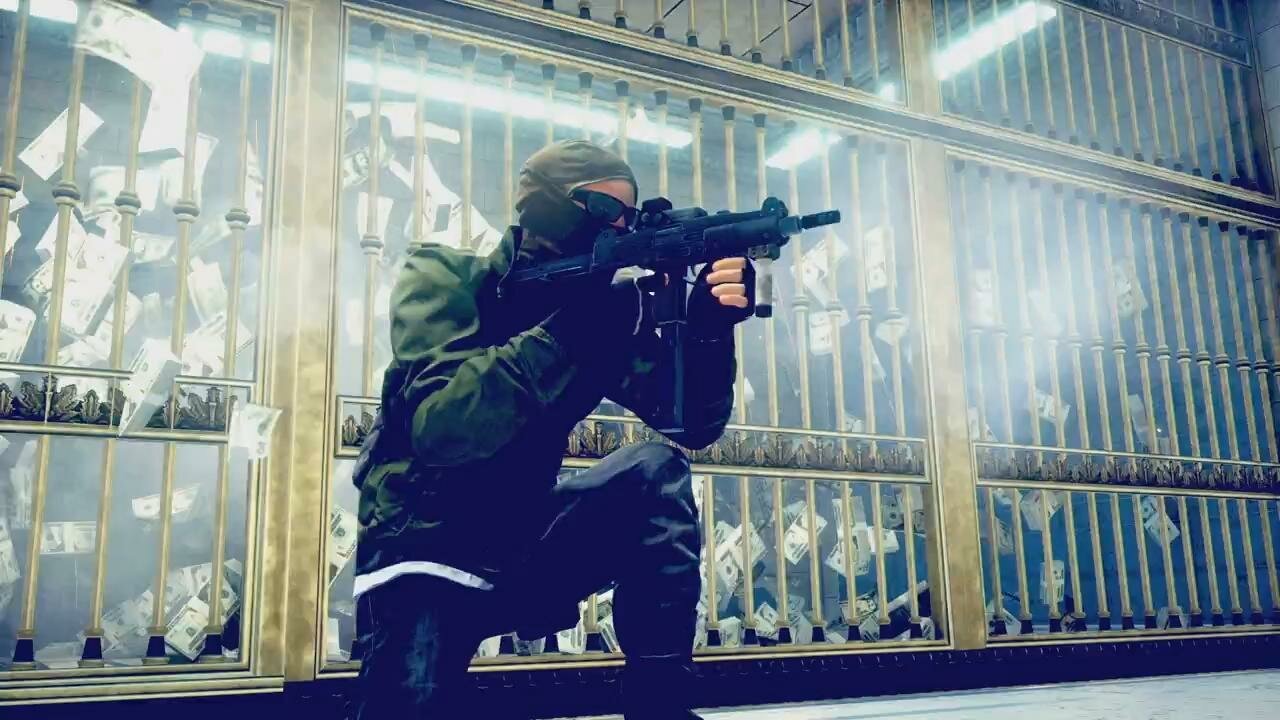 And the hand of this comes the new Commander Mode, Hacker renowned, which has never been my favorite and now less. Thus robs the game of his whole nature FPS and gives it an absolute strategic nuance where you see the action with an aerial perspective and can intervene jogging, for example, gas outlets in various parts of the stage to harm opposing players or channel them a point on the map. It is obviously a passive configuration and to make matters worse, in Battlefield Hardline is extremely cryptic, so I understand demand a learning curve.

Including the above-described Battlefield Hardline offers 8 game modes, with a pair of equivalent Search & Destroy, which are Crosshair and Rescue, which usually have less traffic of players. Of these, the best is still Conquest, with Heist, Blood Money and Hotwired acceptable experiments. There are 8 maps and share unlockable items is enough to catalog the multiplayer of Battlefield Hardline as a good one in general.

Xbox Live members get the ‘Game of Thrones’ premiere for free