GAME is warming up to kick off under the floodlights as it opens hundreds of stores at midnight on Wednesday 23rd September for the launch of the hotly anticipated EA SPORTS FIFA 16. 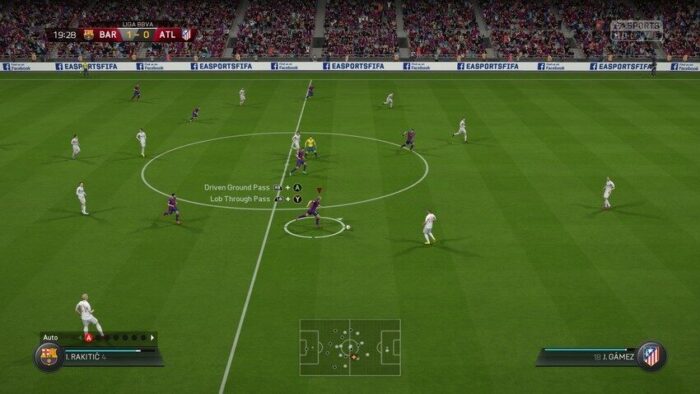 No FIFA launch would be complete without stars of the beautiful game itself. On launch day (Thursday 24th), Premier League and Football League players will be visiting GAME stores across the UK to make the biggest signings outside of the transfer window, as fans have copies of their new games autographed.

Nine GAME stores across the UK will feature in the star studded line up with the following talent confirmed:

The players will have to play longer than the usual 90 minutes, with store signings taking place between 15:00-17:00.

FIFA 16 is available to pre-order in store and online and with a £10 deposit, fans can take home a Messi Steelbook and Mini football, only at GAME. Fans who pre-order before 12pm midday on September 23rd using the GAME app can enter a ‘Scan It’ competition to win a copy of the game at midnight, as well as a host of other EA goodies including an Xbox One FIFA bundle.

Charlotte Knight, UK Retail MD at GAME says: “Our staff are match fit and ready to hit the ground running to make sure fans can get their hands on the latest game as soon as the whistle blows. We know FIFA 16 is going to score with both football and gaming fans alike so are expecting a good turnout.”