The Switch already has its own version of Minecraft, and it’s easily the best portable edition the game has ever seen.

When Phil Spencer, the head of Xbox, tweets to say that Minecraft is perfect for Nintendo Switch you know there’s probably something in it. He is in a peculiar position though, in that Microsoft now owns developer Mojang and could easily make Minecraft an Xbox and Windows exclusive if they wanted to. Thankfully, they’ve been more sensible than that, and Minecraft is still available on all Sony consoles. It took a long while for it to arrive on the Wii U though, despite it fitting the format, and the Nintendo audience, perfectly. But no such mistake is being made with the Nintendo Switch.

We’re still surprised that Nintendo themselves (or Lego) weren’t the ones that bought Mojang in the first place. But while they could easily have afforded the $2.5 billion price tag, that’s just not the way the company has ever worked. Even sweet-talking other publishers into bringing multiformat games to their consoles is usually beyond them, but as with much else they seem to have changed their ways with the Switch. And in so doing provided the console with what could easily be regarded as another killer app.

Although the details vary between versions this is fundamentally the same game that’s available on all the other console formats. There is some extra Super Mario-themed texture packs and music throw in (as well as a few other mash-up packs, which seems to be meant as justification for the slightly higher price tag), and good use is made of the Switch’s various multiplayer, but this is still the same old Minecraft at heart. And frankly it’s never felt as at home on any other console. 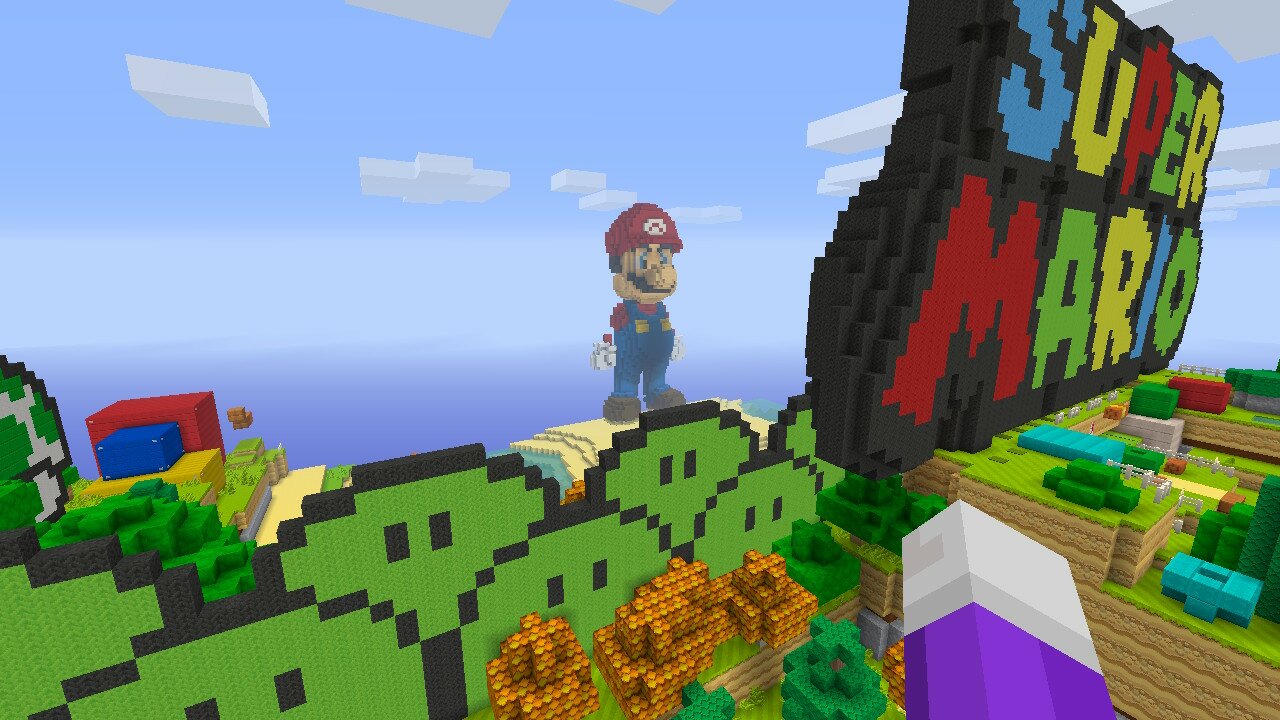 If you somehow don’t know what Minecraft is – which presumably means you also haven’t been near any children in the last five years – it’s basically digital Lego. Not literally (there’s Lego Worlds for that) but the appeal of building whatever you want out of small building blocks is very similar. You start the experience in a huge, randomly-generated, game world where everything is made out of small cubes composed of different materials such as wood, dirt, stone and other more precious minerals. These can be excavated and used to create a huge range of different items, from tools like shovels and pickaxes to bedroom furniture, boats, and armour. 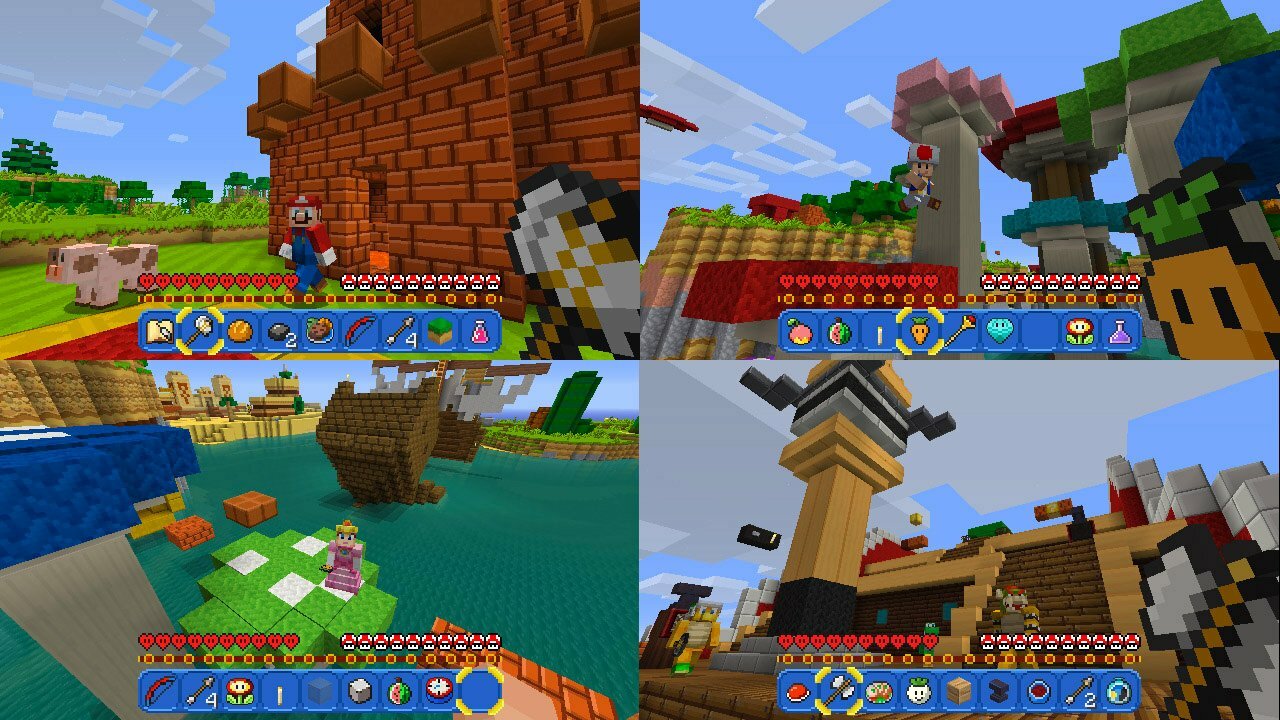 Most people will play the game in Creative mode, where you’re left to do whatever you want, but there is also a more structured Survival mode, which imposes de facto goals – such as building a shelter to survive the monsters that appear at night. But from there you can still do anything you like, from catching a fish with a fishing rod (that you made) on a stove (which you also made) to making pets of the wandering wild animals.

Although the in-game tutorial does its best the set-up is very disorientating at first, but that’s actually part of the charm. Getting your head around the game’s internal logic takes a little while (the effect of gravity is implemented inconsistently, for example, so trees will happily stay standing even with the middle of their trunks removed). But working out what everything can be used for is a primary appeal and the help system almost ruins it at times by giving too much away. 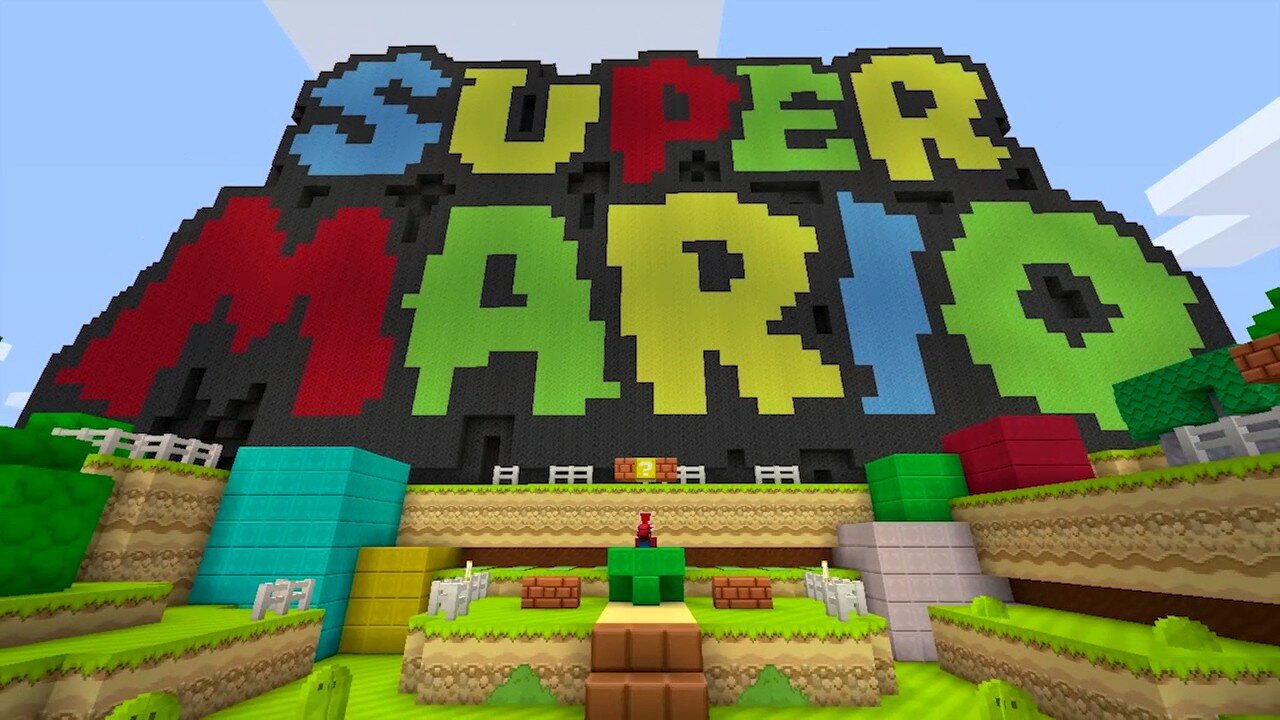 When it comes to the Nintendo Switch version, this sits somewhere between the Xbox 360 (and Wii U) version and the Xbox One in terms of performance. The maximum world size is ‘medium’, compared to the Xbox 360’s ‘small’ and the Xbox One’s ‘large’. The performance is a smooth 60fps throughout though, even in two-player split-screen mode. There is a little slowdown in four-player split-screen, but given you need both Joy-Cons, or a Pro Controller, for each player that’s probably not going to be an option for most people anyway.

That instantly makes it the best portable version of the game ever seen, especially given the numerous compromises of the Pocket Edition. The draw distance is quite short when in handheld mode though, and there’s a real inconsistency in when and how the touchscreen is used. For some reason you still have to use an onscreen cursor with the inventory, but you can use the touchscreen when crafting.

The other problem with the Nintendo Switch version is that it’s not the latest console update, but is instead stuck back where the Xbox One and PlayStation 4 were in late January. It should be easy for it to catch up, but we’ll have to wait and see if it actually does. The online options are also predictably limited in terms of whose games you can join. You’re fine if you join someone already on your friends list, but there’s no in-game chat of any kind. 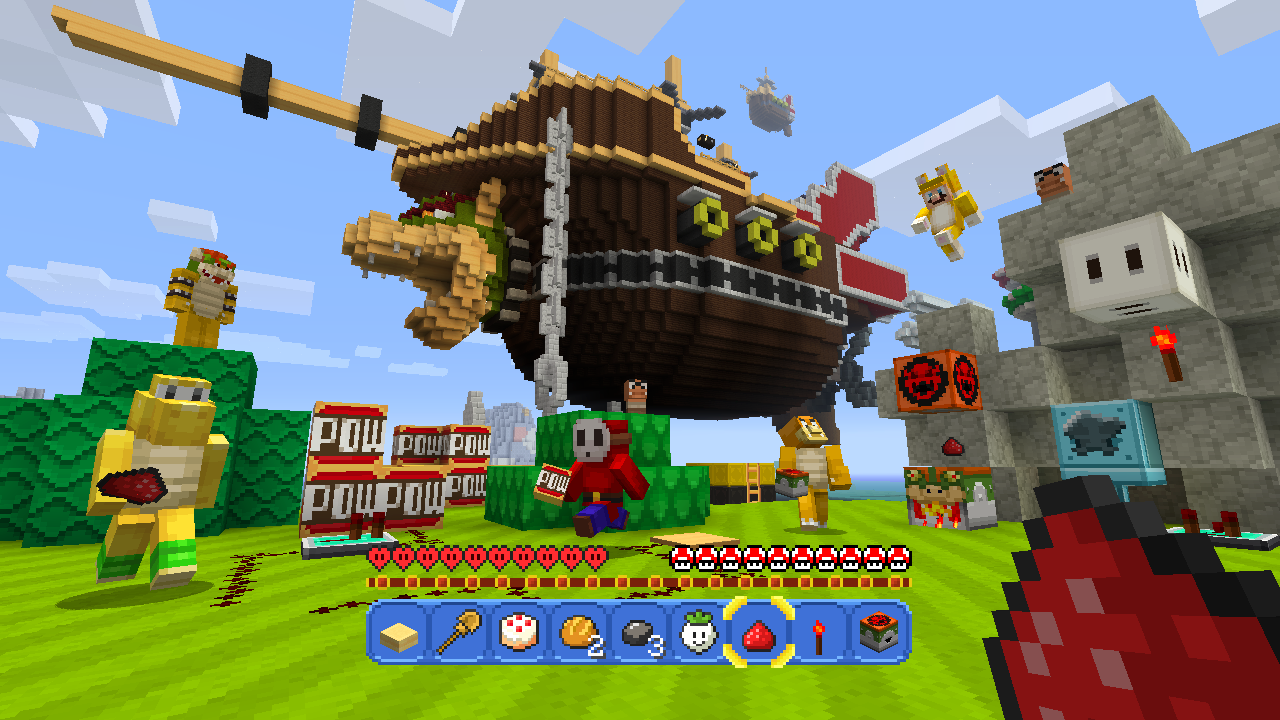 The Nintendo Switch Edition is a small step-down from the other current gen console versions, although to the casual observer it will seem all but identical. As a portable version of the game though, this is easily the best there’s ever been. And given how versatile it is in terms of multiplayer and playing it on the TV it’s easy to imagine it becoming many people’s favourite version. So while technically this is just another port, it’s also further proof of just how energising the Switch can be for even the most familiar games.