Skylanders are redefining the toys-to-life phenomenon with yet another ground-breaking innovation, Skylanders Trap Team.

On 10th October in Europe, Activision Publishing, a wholly owned subsidiary of Activision Blizzard, will introduce the newest instalment to the Skylanders franchise, which will reverse the magic of bringing toys to life – incredibly letting children pull characters out of the digital world into the physical world.

With Skylanders Trap Team, Portal Masters seek out and defeat the most wanted villains in all of Skylands, pulling them out of the game and into living rooms by capturing them in magical Traps. Players can then send villains back into the game where they play as them to fight for good. The game will include the Traptanium Portal, a new ring of magical energy that enables kids to not only bring their Skylanders to life, but also magically capture villains using the new Traps. Once they’ve defeated the villains, kids will be able to place a Trap into the new portal to capture them. They will also be able to hear the villains inside the Traps, an innovation that truly brings life to toys.

This exciting new play pattern also gives players the option to switch between playing as a Skylander hero or a villain at any time, creating fun and unique “tag team” gameplay. In addition, fans can even take their Traps and their Skylanders characters to their friends’ houses for fun, co-operative adventures across all console game systems.

“When we created Skylanders, we invented a new category of play and, in the process, disrupted two industries – videogames and toys.  With each new Skylanders game, our commitment to continuous, disruptive innovation has led to surprising and delightful new ways for kids to play with toys and games,” said Eric Hirshberg, CEO of Activision Publishing, Inc. “With Skylanders Trap Team, we’re no longer just letting kids bring their toys to life inside the game anymore. This time, we’re letting them pull their toys out of the game as well. We are confident this instalment of Skylanders will once again redefine what’s possible at the intersection of the physical and virtual worlds.”

“When Activision first introduced the Skylanders franchise in 2011, it promised to redefine play by merging the physical and digital worlds. The company delivered on that pledge with three blockbuster titles – and is now poised to do it again with the introduction of Skylanders Trap Team,” said Richard Barry, Executive Vice President, Chief Merchandising Officer Toys“R”Us, Inc. “With Skylanders Trap Team, Activision is reversing the magic of ‘toys-to-life,’ allowing kids to bring characters out of the digital world and into the physical world for the first time. We’re thrilled to continue as a marquee destination for Skylanders products, providing a comprehensive, global marketing and merchandising program, including our fully exclusive Legendary series of figures that will introduce Skylanders Trap Team to our enthusiastic customers this October.”

In Skylanders Trap Team, Kaos continues his ongoing quest to rule over Skylands.  He has discovered the location of the legendary Cloudcracker Prison — a fortress built entirely out of the magical substance Traptanium and home to Skylands’ most nefarious baddies.  In an attempt to build his own army of foes, Kaos blows up the prison, releasing the most wanted villains and blasting shards of Traptanium to Earth in the form of Traps.  Now it’s up to Portal Masters to recapture all of the escaped villains using powerful Traptanium Traps and defeat Kaos before it’s too late! The new adventure delivers a diverse and dynamic story-driven gameplay experience, filled with adventure, combat, puzzles, mini-games, activities, platforming and drop-in/drop-out co-op play — all set within new compelling environments.

Fans can pre-order Skylanders Trap Team starting on 23rd April, with special offers available at select retail destinations worldwide. Skylanders Trap Team will be available on Xbox 360 and  Xbox One video game and entertainment systems from Microsoft, PlayStation 3 and PlayStation 4 computer entertainment systems, Nintendo’s Wii system, Nintendo’s Wii U system, and a completely unique adventure available on the Nintendo 3DS hand-held system. The game will be available on 10th October in Europe. 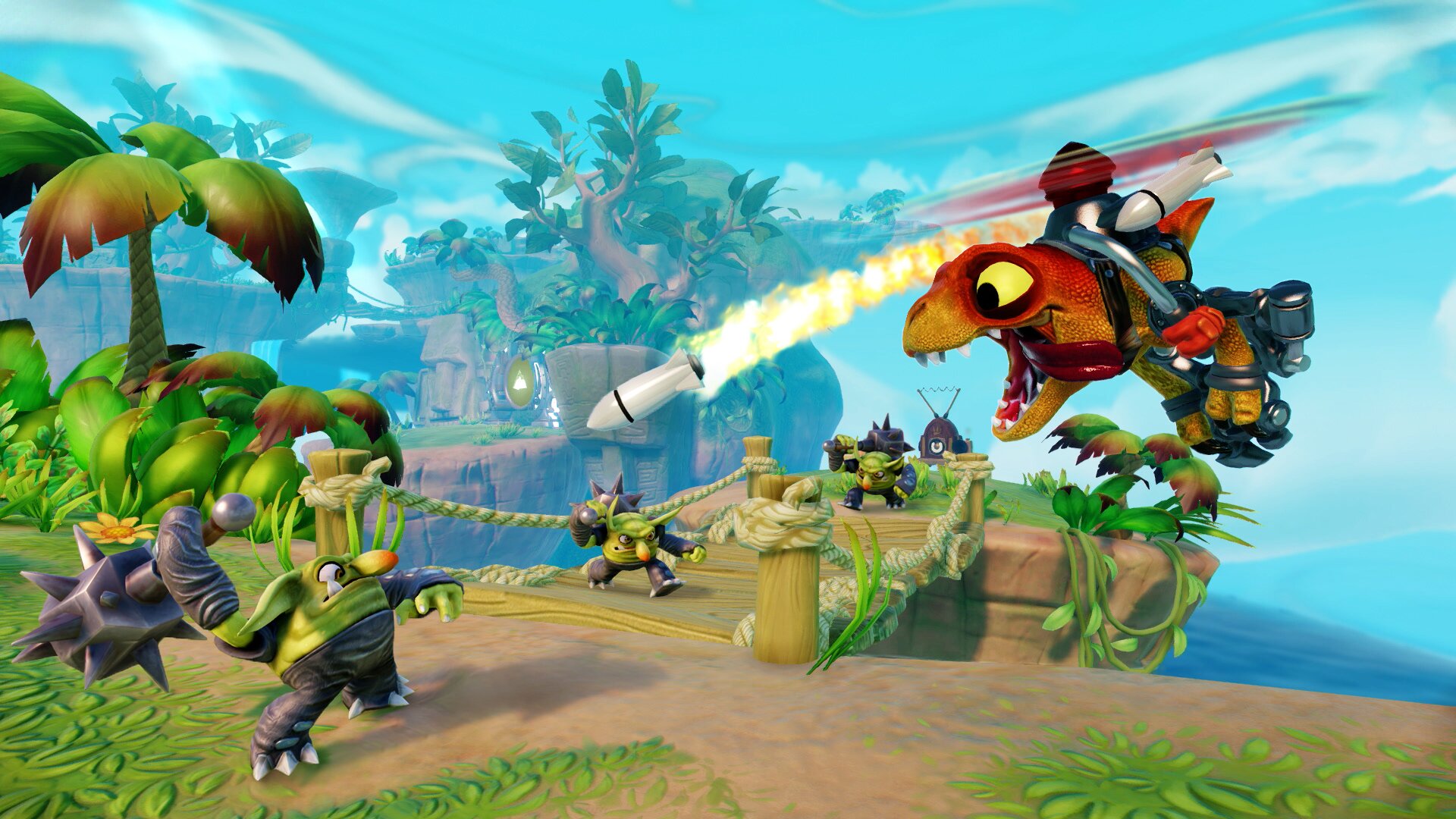 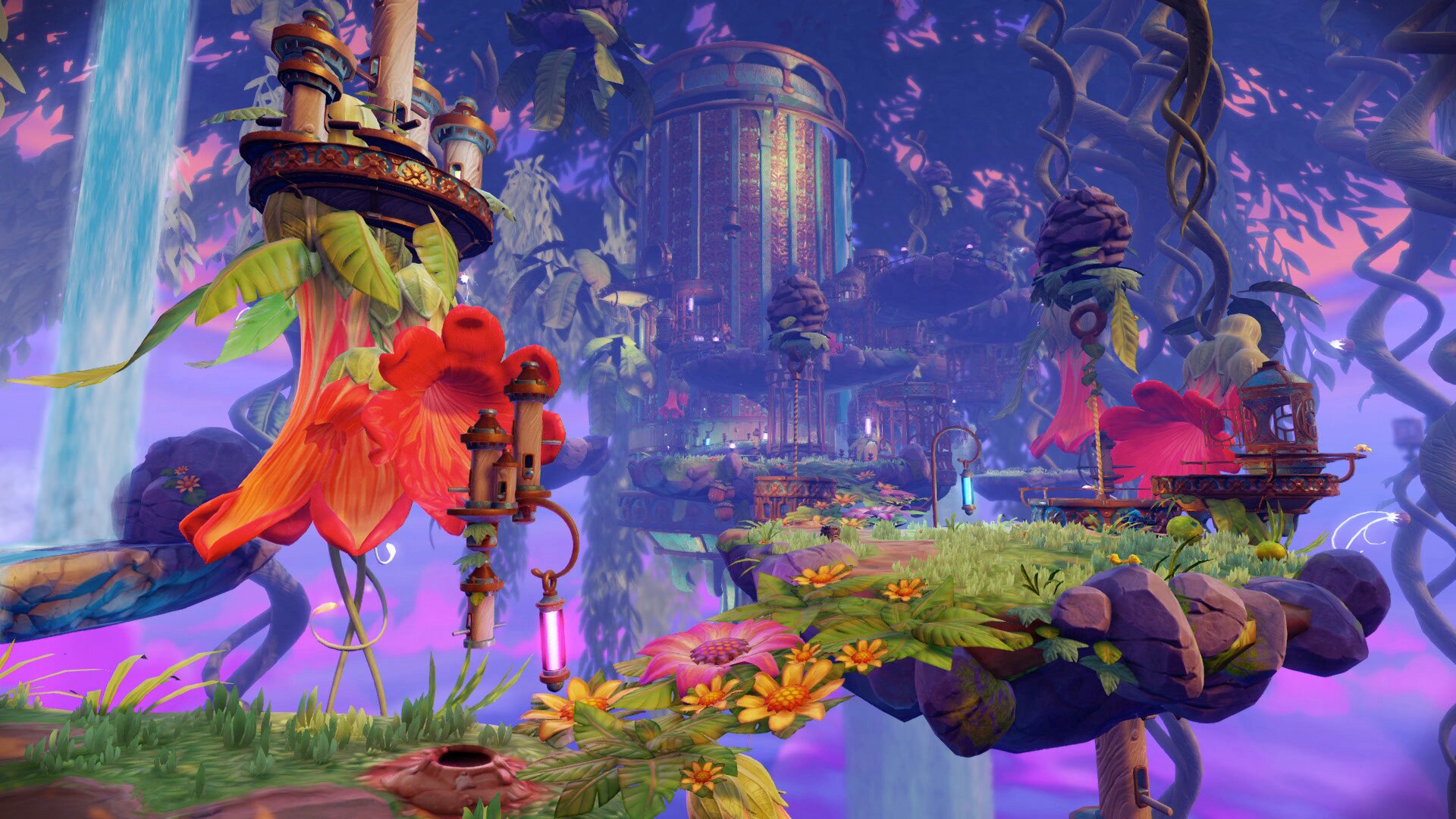 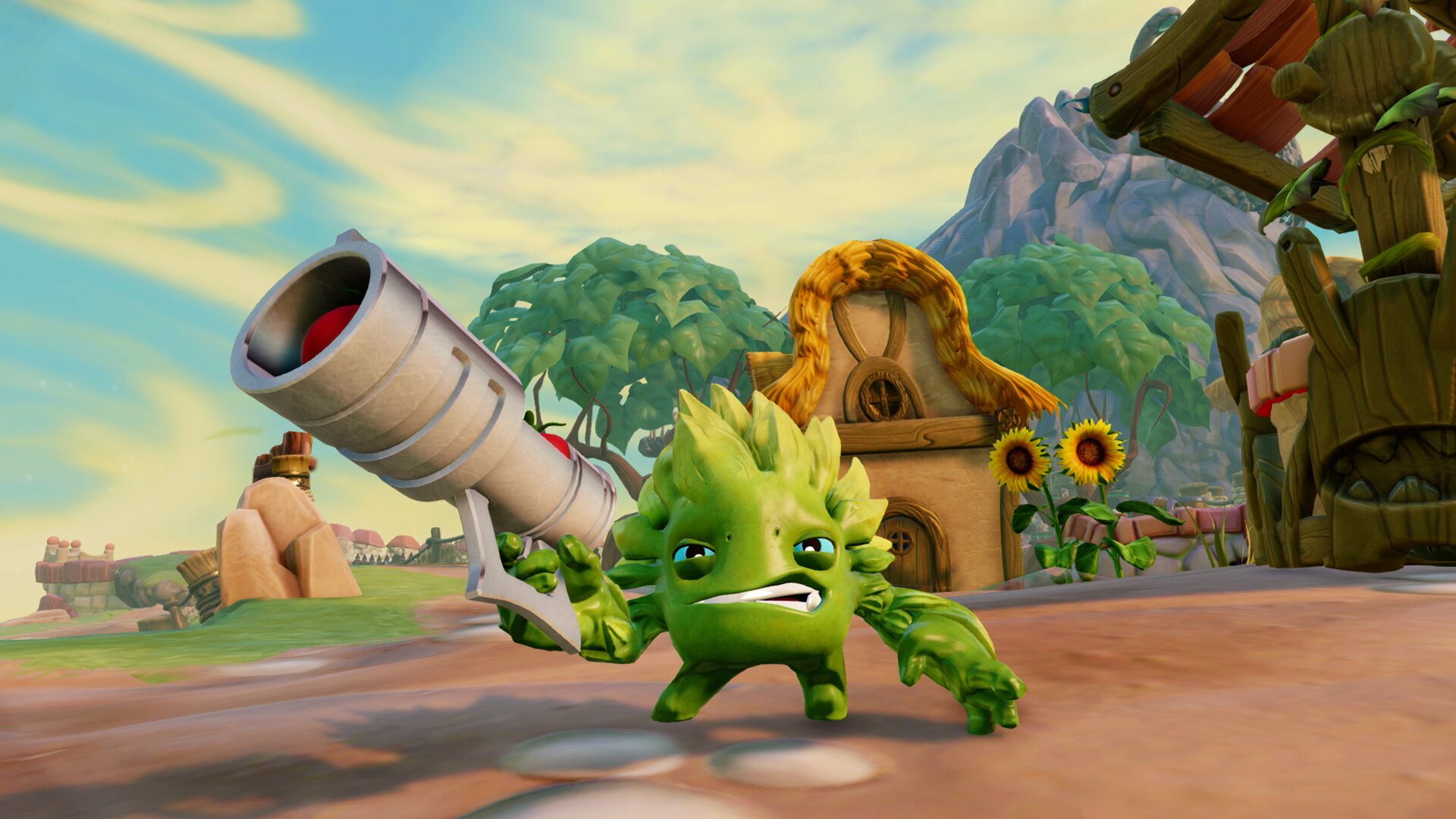 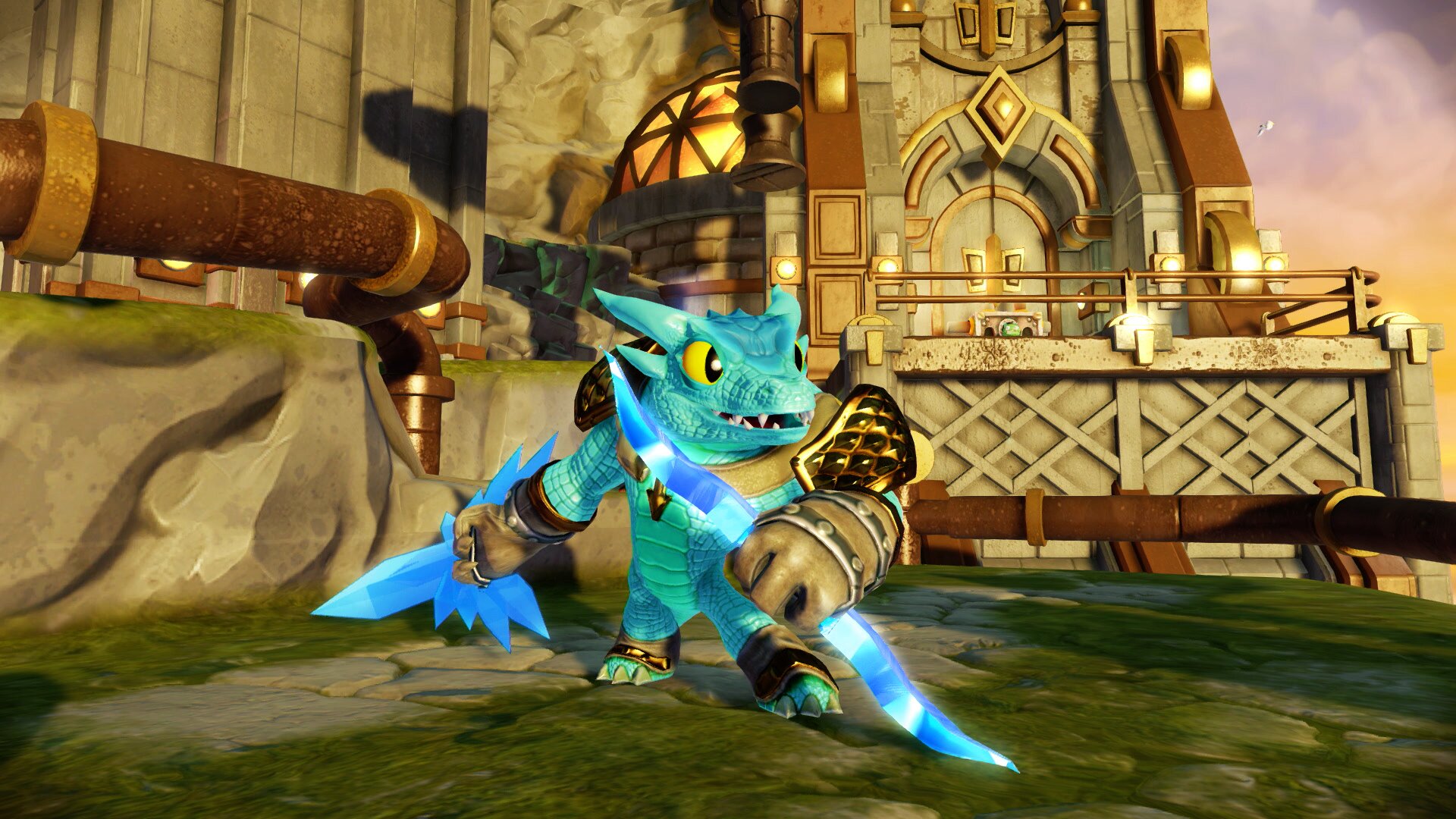 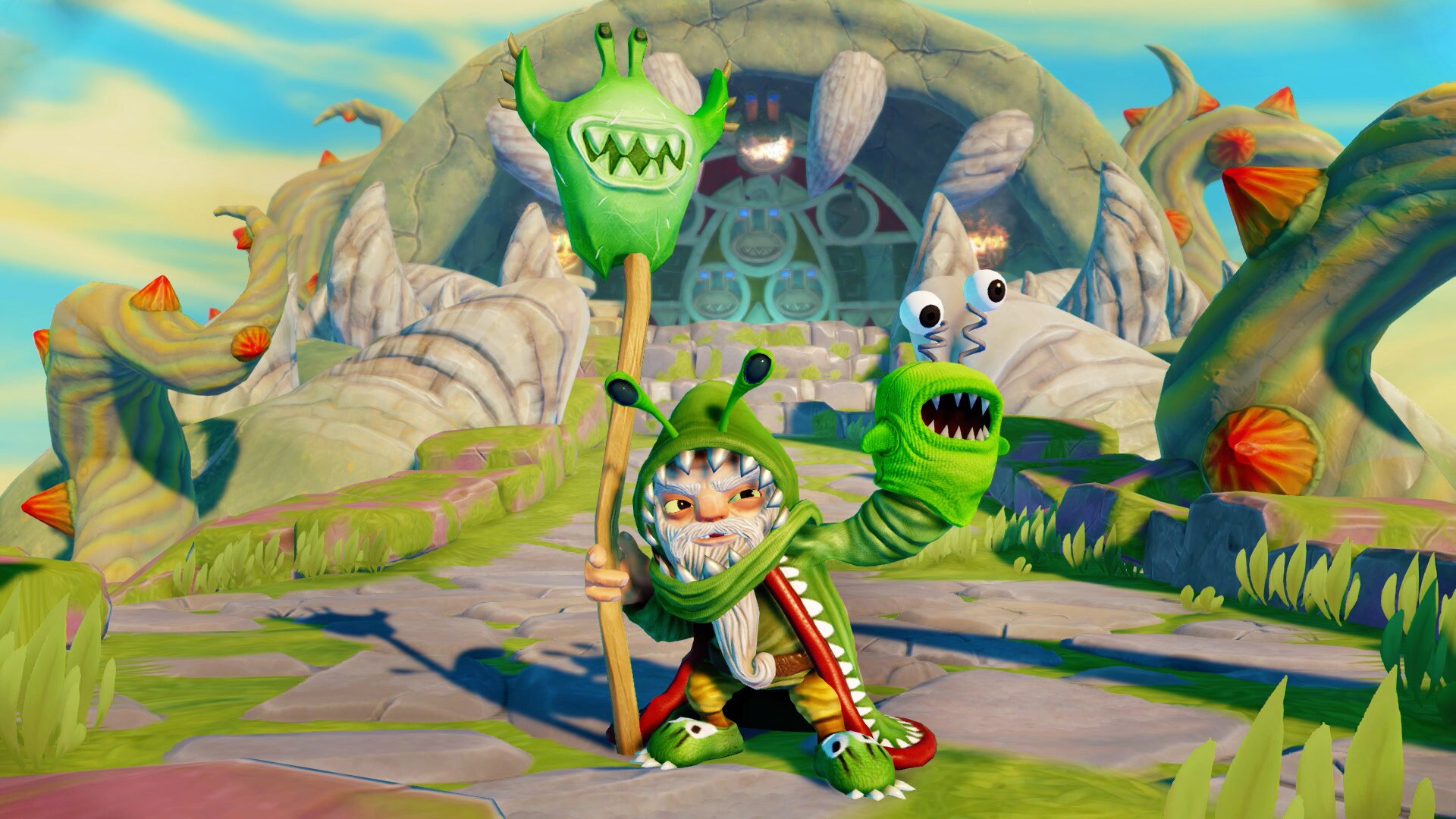 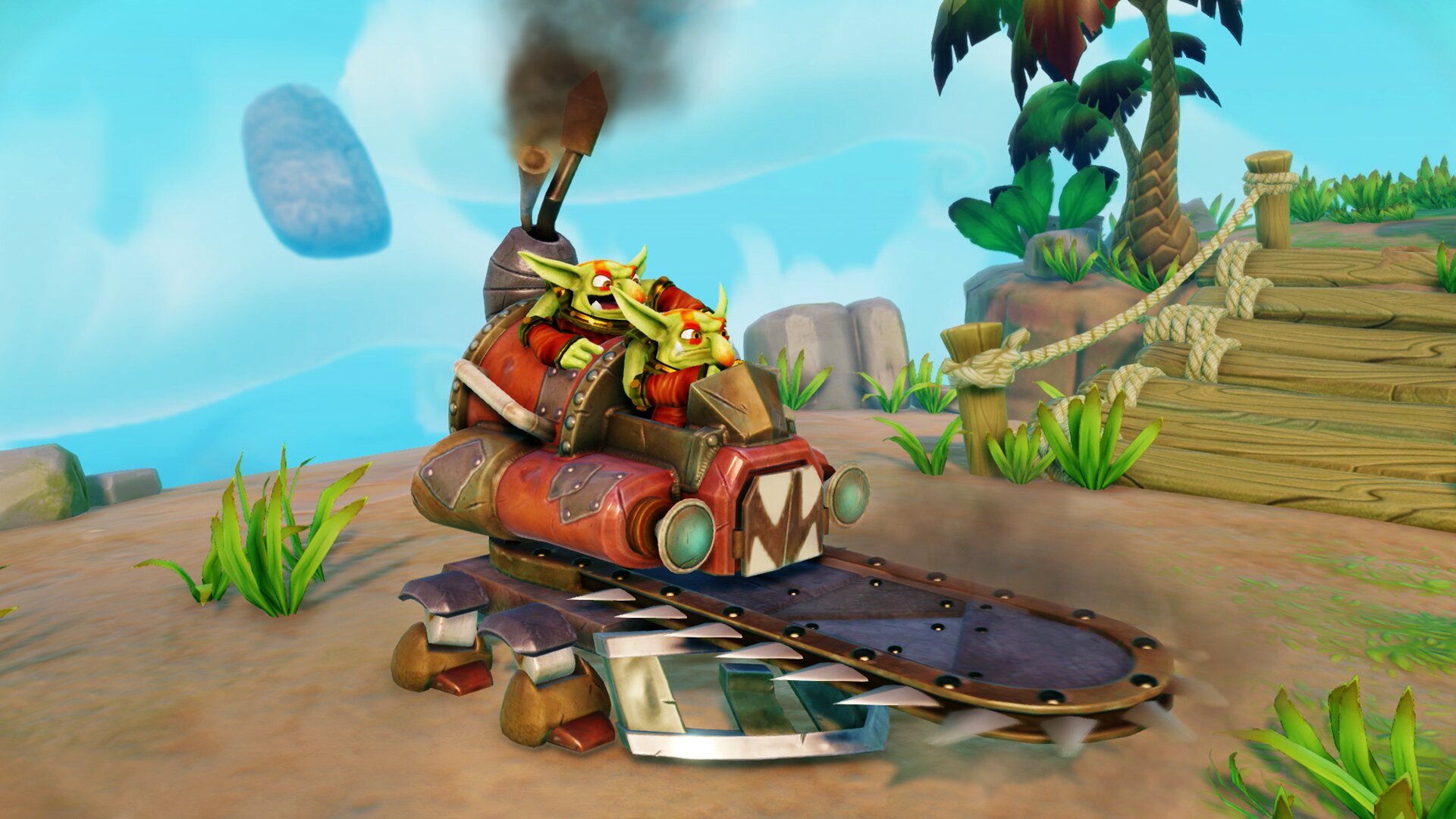