The development team at Crystal Dynamics has done amazing work turning the world of “Tomb Raider” into a bigger, more realistic place. But we’ll always have a soft spot in our hearts for that classic, teal-tanktop-sporting Lara Croft – so it’s fun to see her still kicking butt in “Lara Croft and the Temple of Osiris.” This sequel to 2010’s “Lara Croft and the Guardian of Light” puts Lara and her team in, obviously, The Temple of Osiris. The Egyptian theme seems like a no-brainer, and according to Crystal Dynamics, the fans have been asking for it, so it’s great to finally see Ms. Croft take on the most iconic of ancient tombs. The Gauntlet-style gameplay from “The Guardian of Light” returns, and “The Temple of Osiris” is best explored in multiplayer co-op. Certain puzzles and enemies require more than one player to conquer, and this time around, the game supports up to four players. In addition to Lara Croft, players can step into the shoes of another raider named Carter – or one of two Egyptian gods, Horus and Isis. The raiders come equipped with grappling hooks, while the gods each have a staff, which are used for traversing and solving puzzles throughout the titular temple. In addition to these special tools, the entire team can wield firearms to shoot up waves of scarab beetles and other nasty bad guys (which, of course, happens a lot). The game also involves a fair bit of platforming; at one point in our demo, Lara and crew had to flee from a gigantic crocodile, leaping over chasms and avoiding traps. The game can be pretty tough, but so long as one player is still alive, their teammates will respawn – which is nice given that we died a number of times in our short demo. Lara Croft is definitely in for a challenge this time around, and we’re thrilled that Crystal Dynamics is bringing back this style of gameplay. “Lara Croft and the Temple of Osiris” is shaping up to be even bigger and more intense than its predecessor. Look for it later this year on Xbox One. 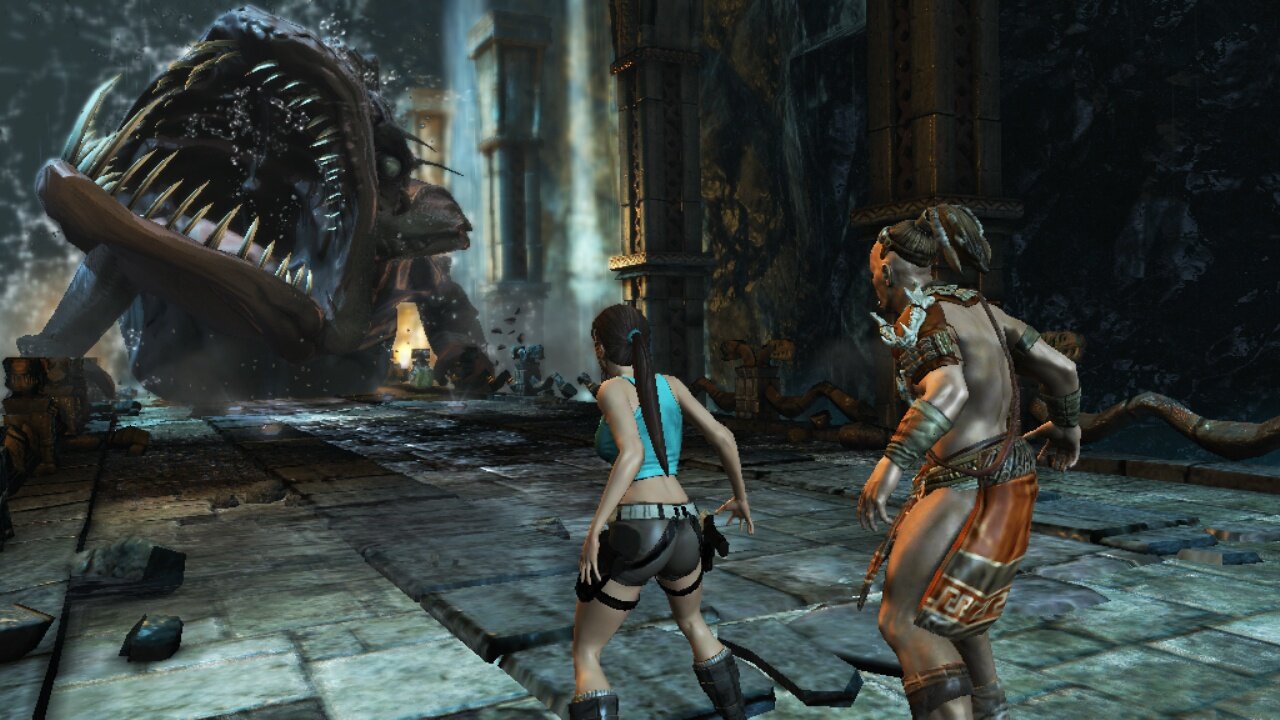 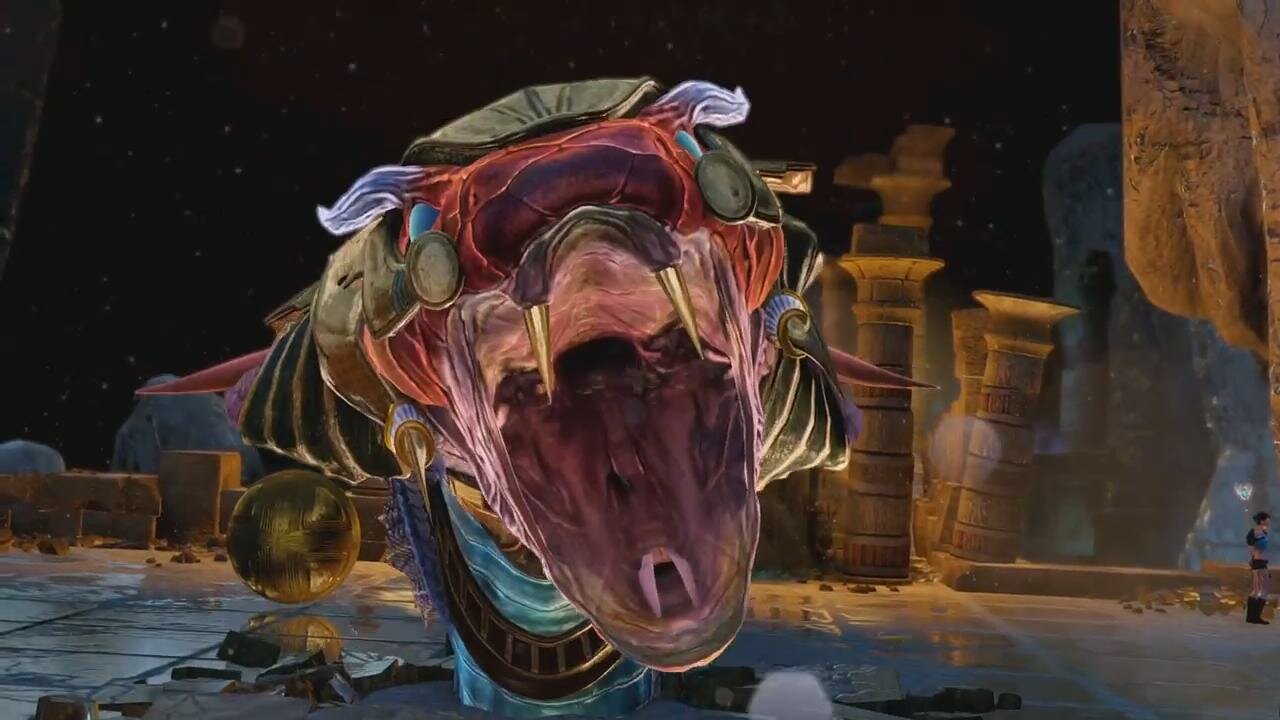 Destiny Expansion I: The Dark Below will be available for download on December 9th

Xbox One system update rolling out now with media player