10 minutes in it became pretty clear that developer Fromsoftware and Namco Bandai were not willing to compromise with the difficulty level of this game, in fact it felt even tougher! 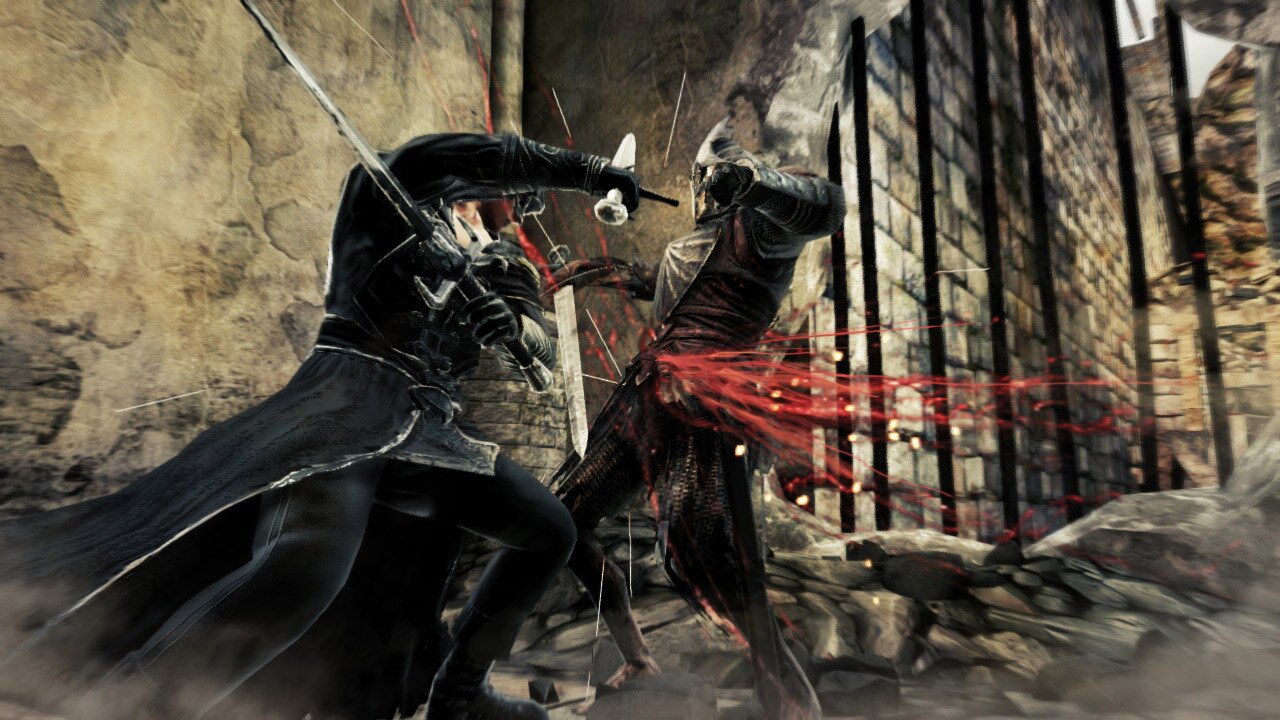 The Souls series isn’t known for heart-rending, complex narratives and there’s a very good reason for that. What story there is simply serves as a backdrop for the foreboding landscapes and a reason for why the hell your character would want to visit such a hellish location in the first place. NPCs you happen upon will give you a bit of background knowledge on their lives and how they came to the lands of Drangleic themselves, but usually not much else. These little story tidbits serve well as intriguing little tales of woe without devolving into a large number of distracting cutscenes. The only time I’m not fan of this structure is when the lack of direction left me feeling lost. I understand that many who play Souls games do not want their hands held for them in any sense of the phrase, but some of the conditions for progression seem far too convoluted to work out without a guide. This is particularly true for the final boss fight.

Similarly if you want a technical masterpiece of video game, filled with glitter and gloss, then Dark Souls 2 will leave you disappointed. After noticeably decreased graphical quality from what was previously shown at media events (something we hear about more and more lately, it seems), Dark Souls 2 looks about the same as the first title. There are also still some odd technical issues, like lagging menus when you fast quickly from one area to the next, and some insanely low framerates for enemies that are in the distance. Decreasing the animation framerate of enemies based on distance is an interesting method of allowing players to see what’s coming up without being too taxing on the hardware, but it is noticeably ugly at times. 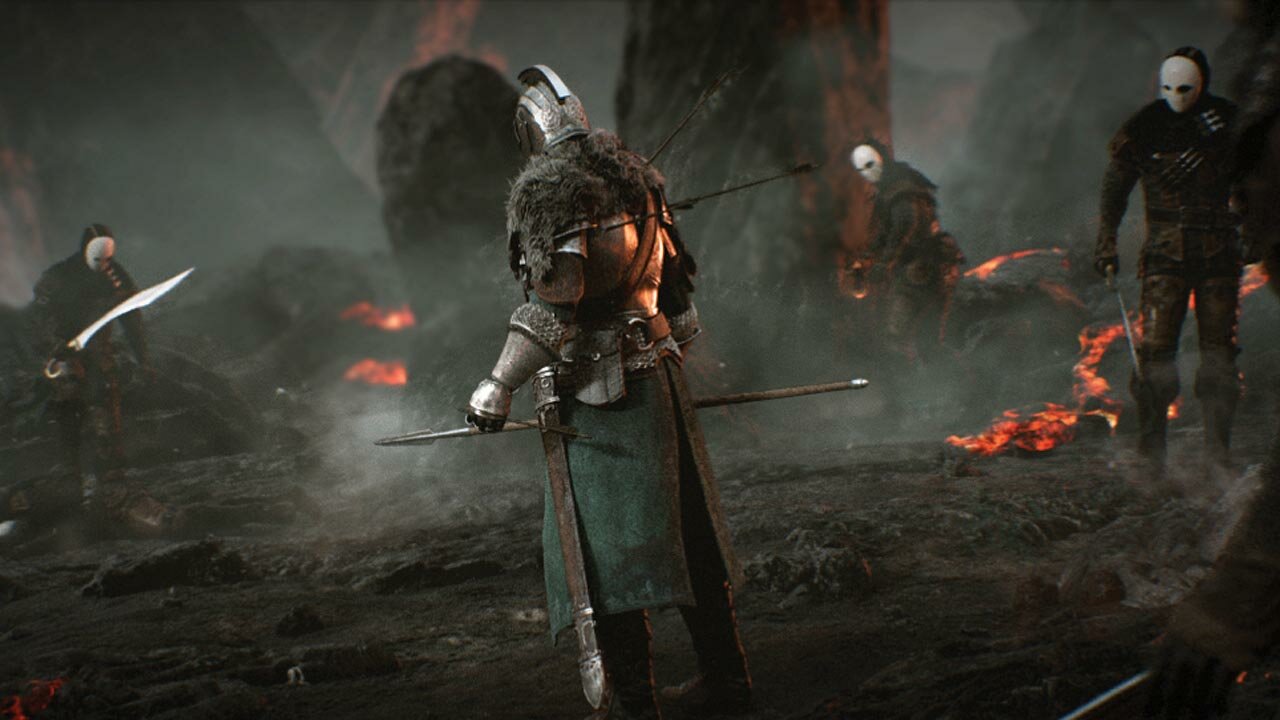 Even though it isn’t technically impressive, I still found myself marvelling at the vistas on show every now and then. It goes to show that even when a game is rough around the edges it’s the overall art design that really shines through for anything not shooting for absolute realism. The new animations for backstabs are particularly welcome and make a lot more sense for weapons where stabbing isn’t really an option. The music too is usually understated but I always noticed its absence in the calm after defeating a boss, which is easily one of my favorite moments in gaming overall.

Unfortunately sometimes the difficulty seems to come from poor game design. Examples include the aiming of magic spells, which can either be done using the lock-on (which seems to only work if the enemy is close enough to touch them) or by getting an item that allows you to aim but without the helping guidance of a reticule or even a dot in the middle of the screen. There are also odd moments when your character can’t do things he should obviously be able to do, like step up onto a 6 inch ledge instead of going around to the stairs. This doesn’t seem like a big deal but you’ll curse the heavens if you’re ever trying to fight a tough monster and get caught on one of these. 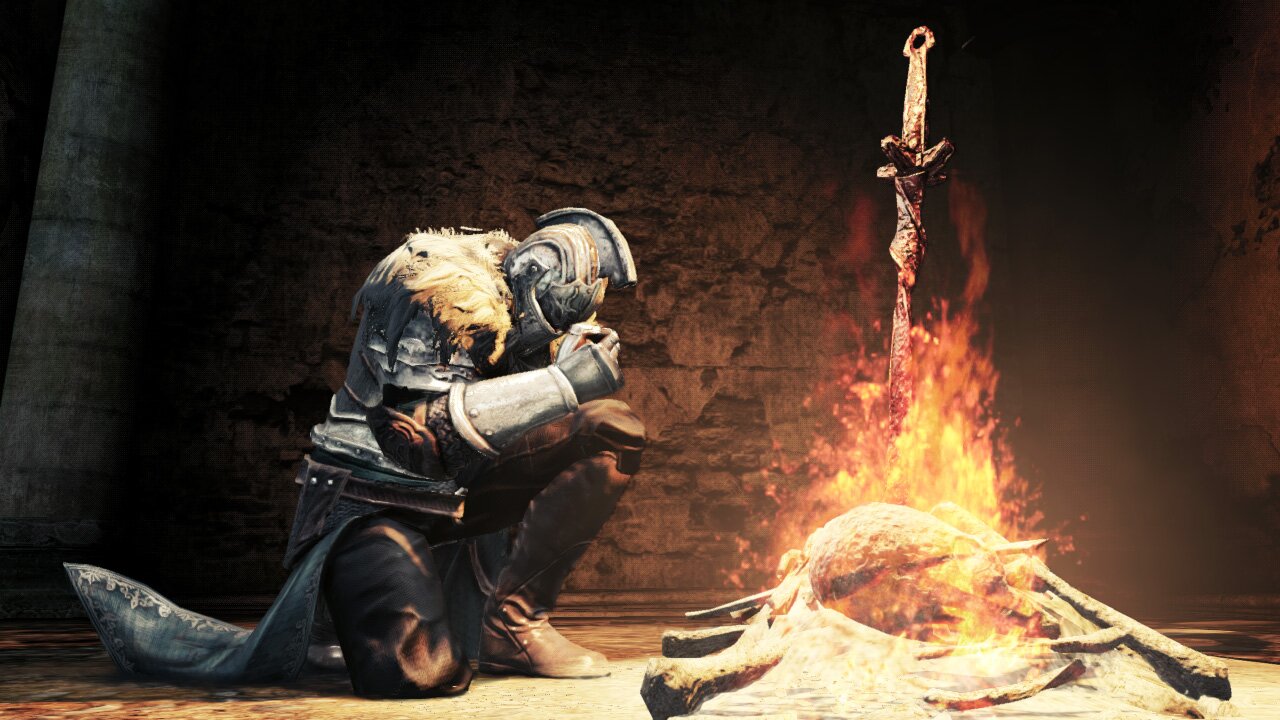 Dark Souls 2 doesn’t just rest on its laurels, but adds on to the game design that came before it. Your armor is scalable with stats, instead of being just a straight number, which should allow for more than just a few armor types to be useful in the endgame. Teleporting between bonfires is immediately available, which is convenient, but also makes the world feel less interconnected. A new dual wielding build is also available, with damage boosts to your weapons, but whether this is worth losing the protection of a shield or benefit of a large two handed weapon is up to the player. A new covenant allows more confident players to bump the difficulty up to new game+ levels right from the get-go, which I’m sure some will appreciate. I also appreciate that the rolling mechanic is less punished by the weight of the equipment your character is wearing, since the ‘flopping to the ground’ motion my Dark Souls character always did was pretty useless. 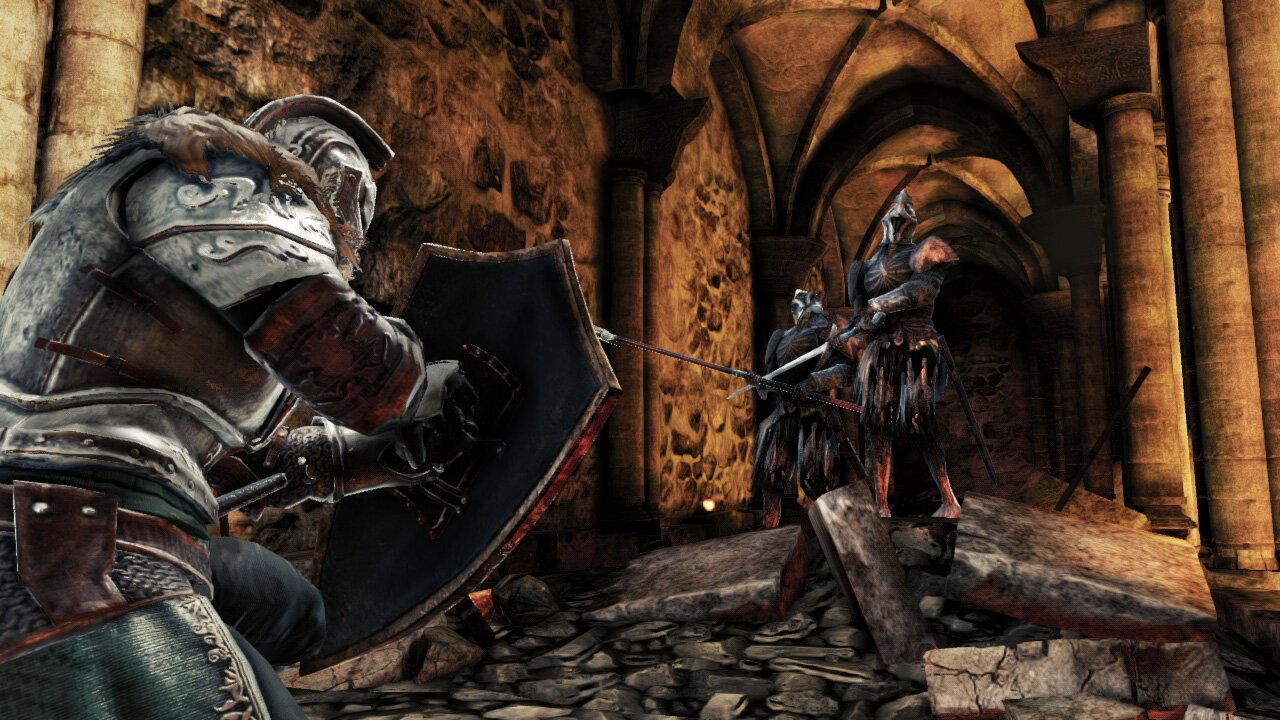 The multiplayer in the Souls series is one of my favorite new innovations of the seventh generation. Melding a compelling online experience with a single player focused game is genius and it works beautifully. Whether you’re helping some other weary gamers through a particularly difficult boss or fighting off dark phantoms in an unplanned session of PvP, it all feels perfectly natural even though there’s nothing quite like it. The only real complaint I have is that the online seems to specifically work against playing with someone you know in favor of encounters with strangers, which is great until you have a friend you really want to share the joy of Dark Souls with. Dark Souls 2 is a little bit friendlier to the concept of playing with people you know than previous games, though, as it adds a ring which you can use to increase the chances of playing with someone who is also wearing the same ring. You’ll still need to be fairly close in level to one another, but it takes a bit of the guess work out of trying to play with a friend. There’s even the option to turn on voice chat, though it’s rarely used in my experience.

Even if you don’t have internet and can’t enjoy the experience of Dark Souls 2 to its fullest (and are reading this review at your local library, I guess), there’s still plenty to do. NPC phantoms in both the helpful and harmful varieties even show up every now and then to give you that authentic Dark Souls feel. The main campaign length varies wildly based on personal skill and how much you decide to wander around, but it took me about 46 hours to see the credits. After you see the credits you’ll be right back in the hub town and you can explore further, or start up the new game+ mode and do it all over again with increased difficulty. Dark Souls 2 truly is the gift that keeps on giving.

Dark Souls 2 isn’t really a revolution for the series, but I’m not sure it has to be. Many were hoping that the graphics would finally match up with the quality of the gameplay, and maybe that the online multiplayer would get reworked and improved slightly. Neither has happened, but I’m glad we’re simply able to experience more of one of the best franchises to come out of its generation of consoles. Dark Souls 2 exemplifies everything that is great and everything that is lacking in this series. If you’ve ever been intrigued by all of the hype and interest surrounding the franchise then this is a great time to dive in, as the online community is currently at its most active.

Atelier rorona plus the alchemist of arland Review