Minecraft: Story Mode is the latest game from episodic adventure game specialists Telltale Games and is a mixture of some of the better parts of Minecraft and the choose your own adventure gameplay of Telltale games, wrapped up in a pre teen friendly wrapping. Gone are some of the heavier and more adult themes, situations and language of Telltale’s more recent releases, replaced with a tense but family friendly adventure. The items, crafting, environments and characters all feel familiar, but with a level of polished narrative presentation that rivals that of The Lego Movie.

In short, there is a lot to be excited about here, for Minecraft and Telltale fans alike

The plot of Telltale’s first Minecraft episode is pretty simple. In the past there was a group of heroes who did a bunch of Minecraft style things, like crafting, mining and eventually slaying an Ender Dragon. Meanwhile a group of friends are entering a giant crafting competition for a convention within the world. Things do not go as hoped and the group of friends find themselves going off on an adventure much like the heroes they admired did before them. It’s a fairly basic plot, but it’s solid in it’s execution.

It is worth noting that certain plot points were fairly obviously signposted, and some plot twists badly hidden. This is likely a result of the game being aimed at a younger adventure game audience, the bread crumb trail to these plot twists can at times be made up of more frequent and slightly more obvious clues than in other Telltale games, at least in this first episode.

The script itself is very well written and manages to get the best possible performance out of every voice actor involved. The script generally is very amusing, with moments of mild peril punctuated with the right level of subtle emotion they need to be scary, but without risking causing nightmares for younger players. This, paired with the impressive use of cinematic camera angles and dramatic pacing make Minecraft: Story Mode’s first episode a real technical treat. The presentation is spot on, and feels of a very high level of quality.

The first episode touches on some very human and relatable young adult and pre teen themes largely centered on aspects of self discovery, nervous self assertion and awkwardly fumbling through encounters trying to come across cool. I know I for one can relate to a lot of that.

In terms of the family friendly nature of the script, at it’s worst the script for episode one uses the phrase “holy crap” twice. If you’re okay with that, the language use in the game should not be a problem to introduce to younger Minecraft fans in the family.

While initially much of the mining and crafting gameplay in Minecraft: Story Mode is done by repeatedly tapping buttons during quick time events, as the episode goes on you are offered opportunities to craft, which seasoned Minecraft players will have a distinct advantage with. You’re provided a set of materials, an optional book that shows how to lay materials out for various crafting recipes, and are told to lay out your resources to craft classic Minecraft items. While episode one focused on fairly basic recipes, the base is certainly there to allow seasoned players to craft complex items as the series progresses.

One aspect of the game that caught me off guard playing this first episode of Minecraft: Story Mode was the presence of real time combat and a persistent health bar. You start out with a plentiful supply of hearts which get depleted when you take damage from enemies, fail quick time events or generally fail to avoid harm. Combat with enemies involves walking around in real time and swinging your weapon when in range. Weapons follow the rules established in Minecraft, so a wooden sword for example with break in combat fairly quickly.

I’m personally very interested to see if the level of depletion of my health bar carries over from episode to episode, or how heavy the penalties are going forward for poor performance.

Perhaps most interesting aspect of the game to seasoned Telltale fans is how much it appears to be opening up divergent narratives to players. Episode One of Minecraft: Story Mode gives the player a fairly large choice regarding which of two distinct locations to visit in the second episode and with who. The preview for the second episode seems to diverge wildly depending on which path you choose, which is really exciting to me. The idea of a Telltale game that branches out further episode to episode has me really interested in seeing how much content there is certain players may just not experience first time around.

Another very interesting aspect of the first episode of Minecraft: Story Mode, if a fairly small design detail, is the layout of the character selection screen. Where almost every single video I have ever played places male character options at the top of the screens as a pre selected default and has female playable characters as a secondary option, Minecraft: Story Mode places it’s female playable character option at the top of the screen, pre selected when you open the creation screen. It may not seem like much, but seeing female as the character select default is something I can’t say I have ever seen before in a video game, and something I have been waiting to see for a couple of years now.

It is however worth noting that white is still the default player skin tone, with other races as secondary choices you can switch too. While my praise for female being the default still stands, I think it’s interesting that while a conversation was likely had about character defaults with regard to gender, default race assumptions never seemingly came up. 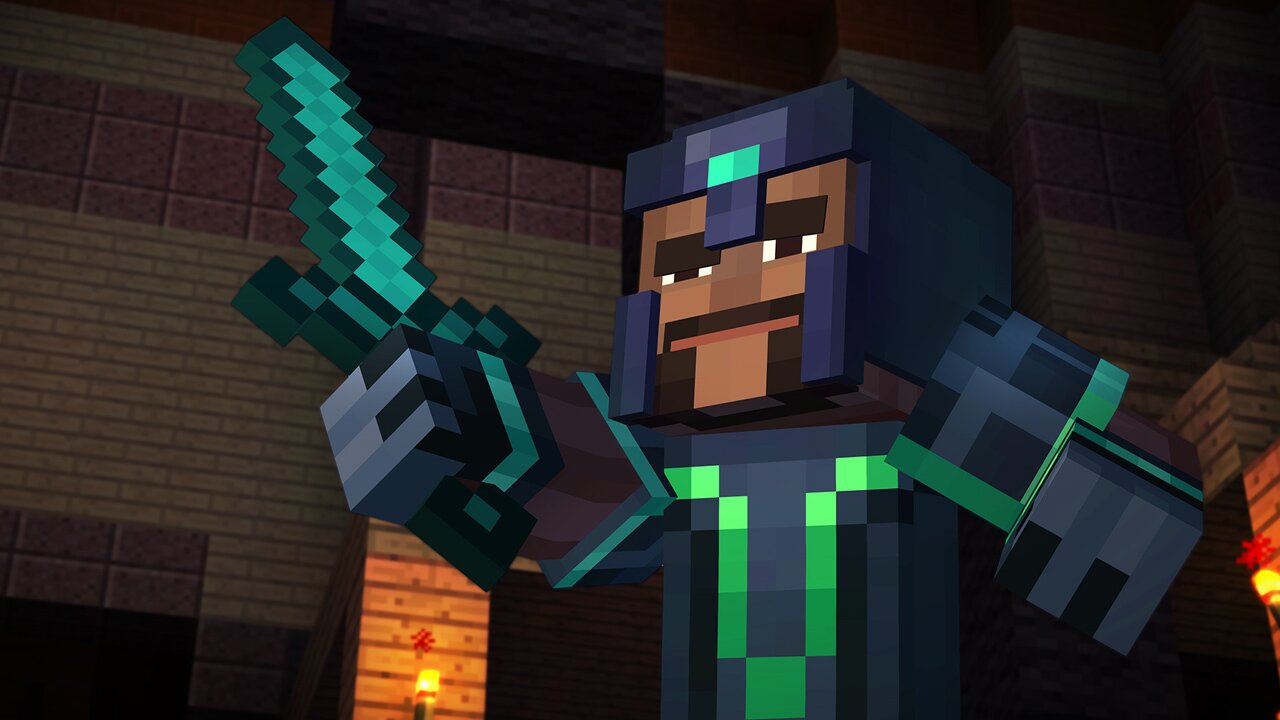 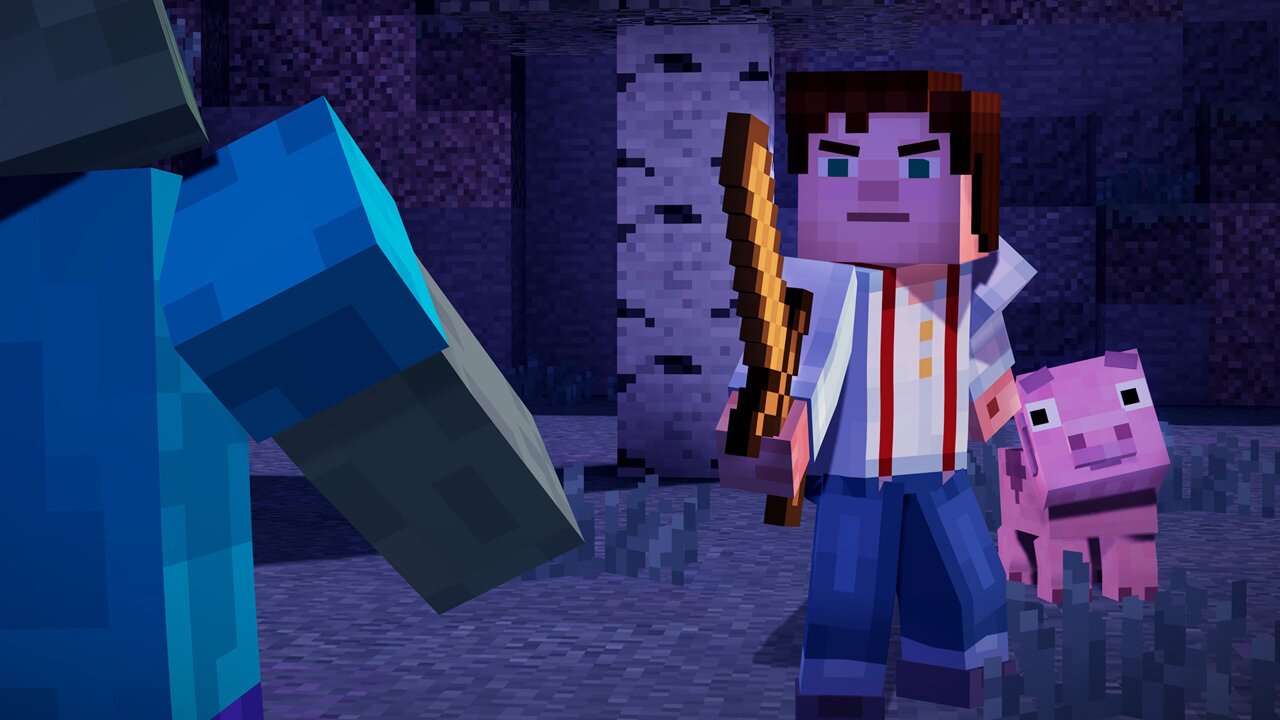 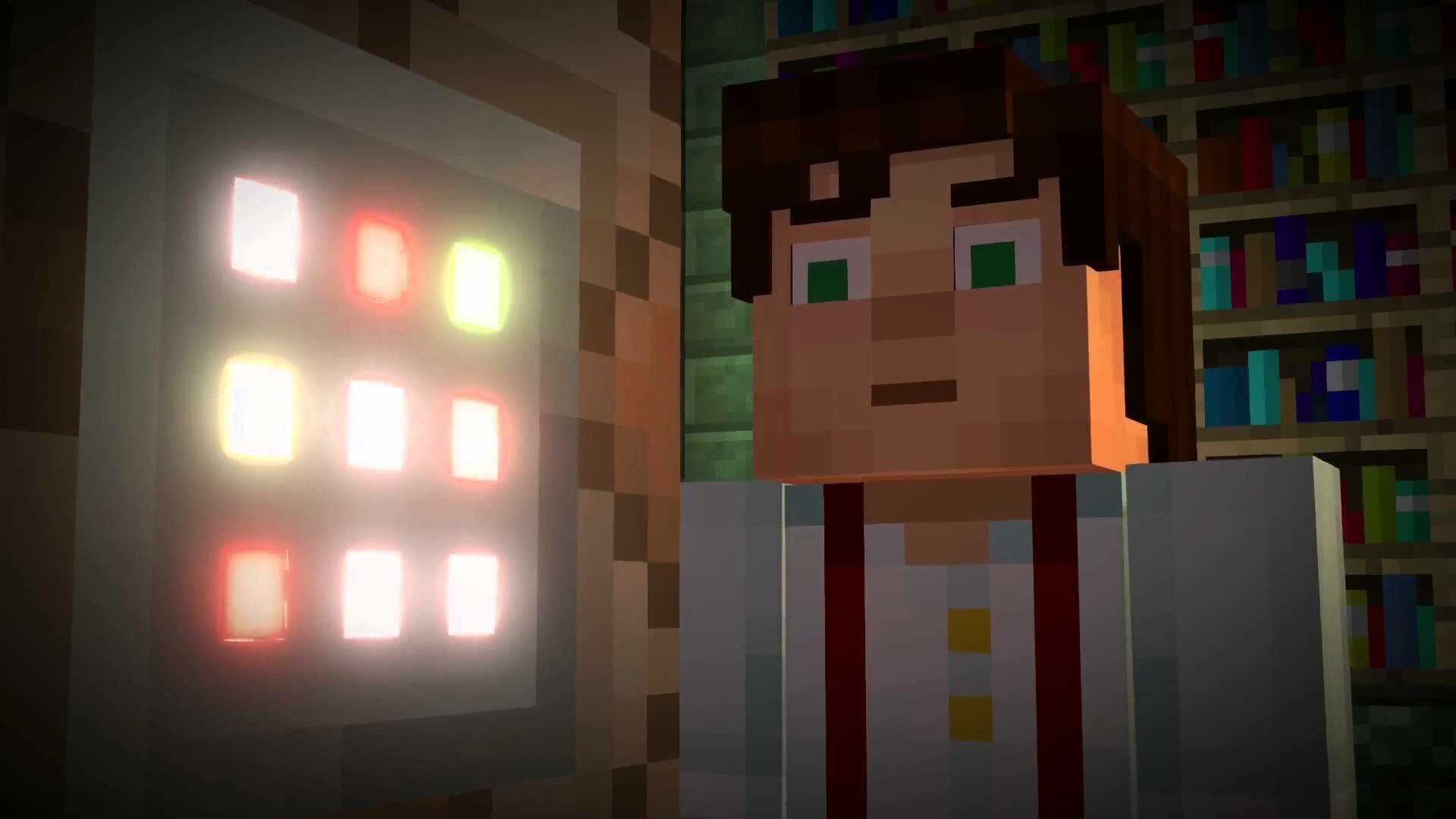 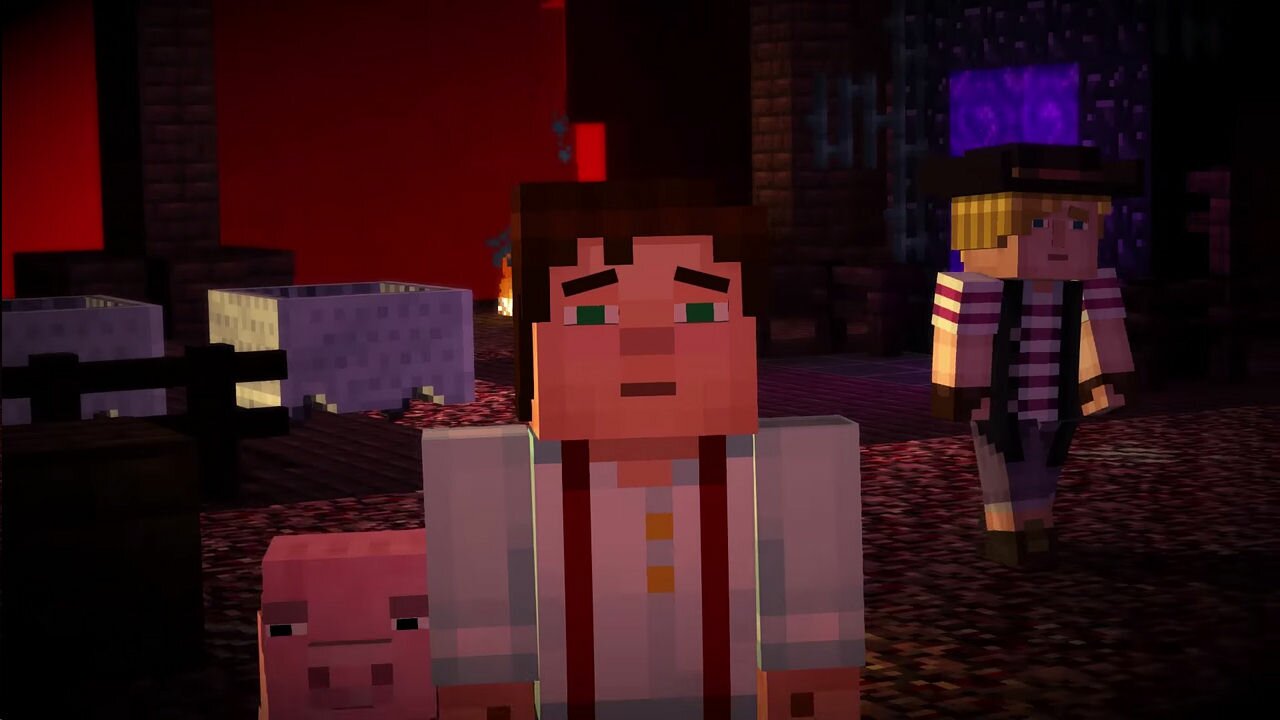 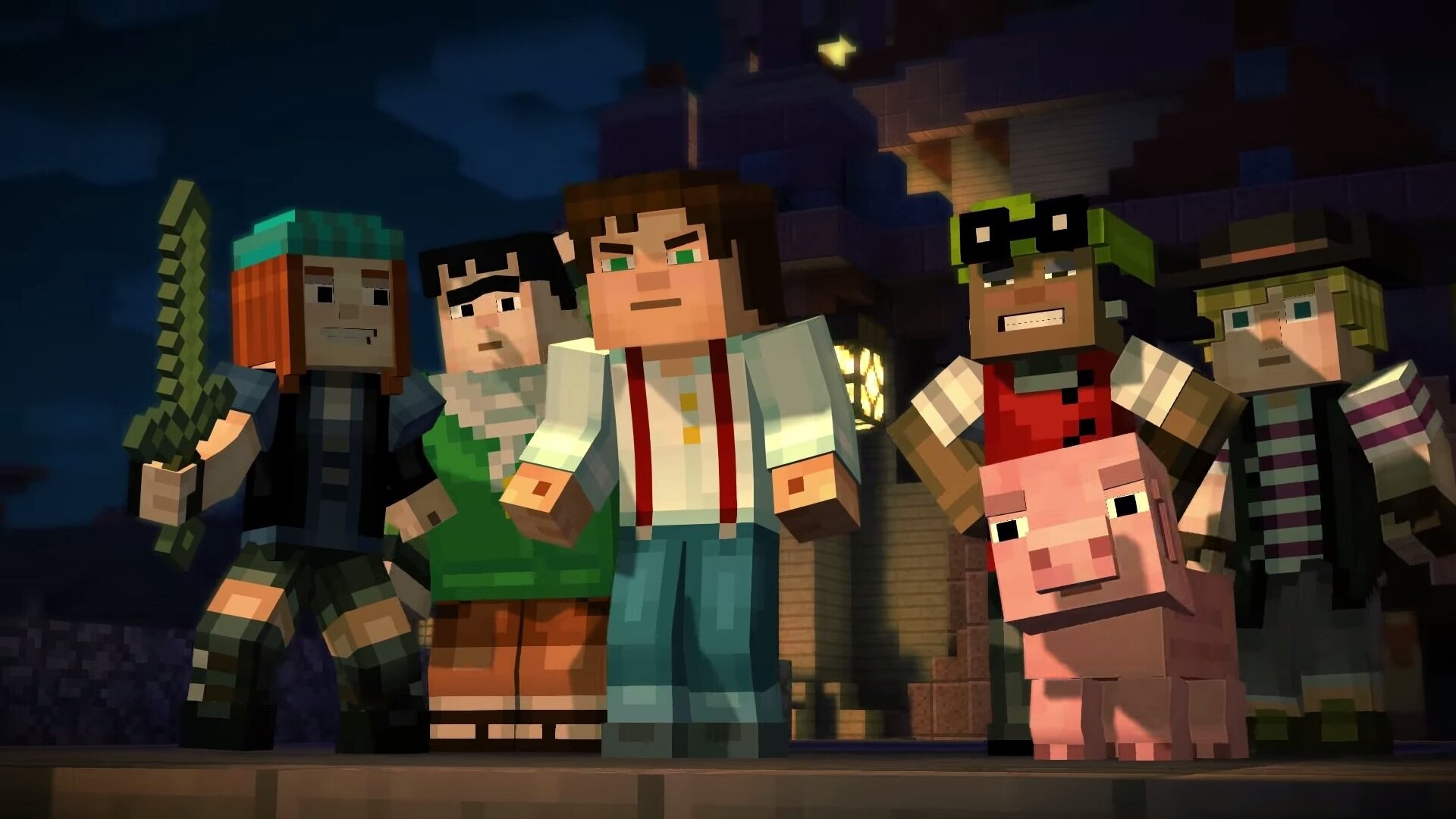