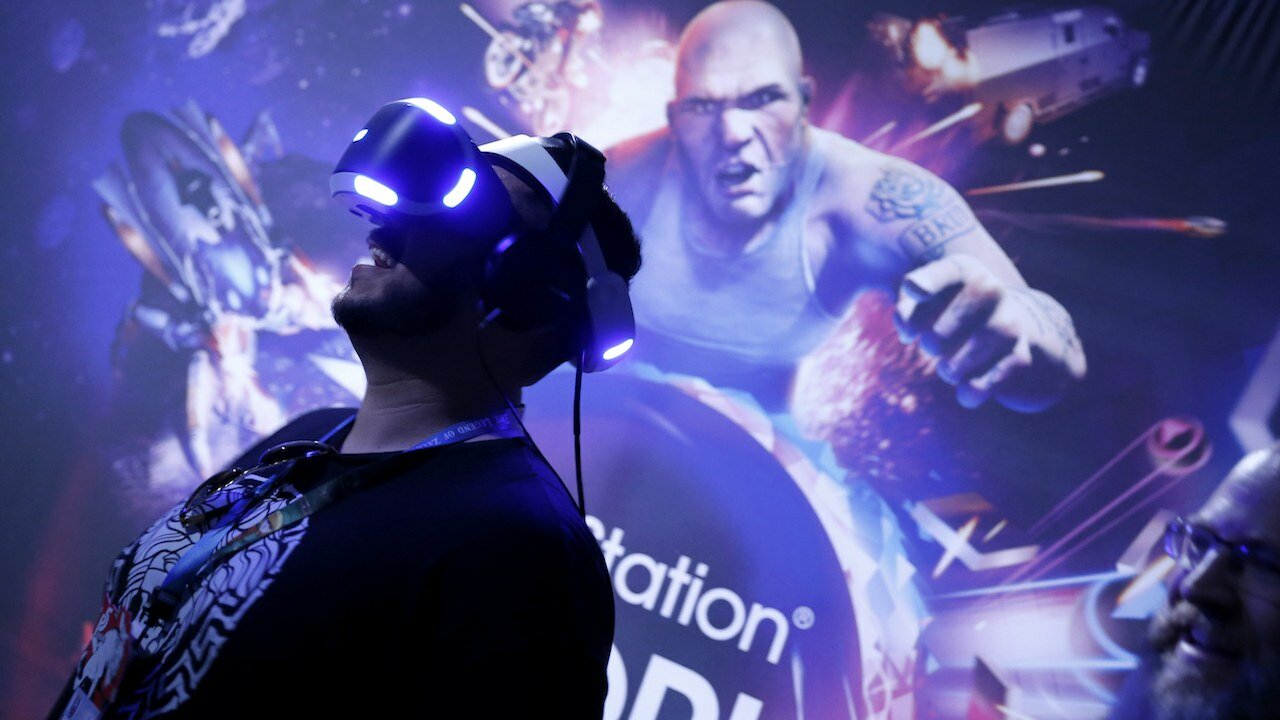 Playstation World’s comprises of five different experiences – London Heist, VR Luge, Ocean Descent, Scavenger’s Odyssey and Danger Ball – you’ll play through the experiences one time and then forget them immediately. The only other time you may need to pull the disc back out is to show off virtual reality to friends or family. That’s it.

The best game of the lot, “London Heist” is as thrilling as it is short. A half-hour experience (or even shorter if you’re not using PlayStation Move controllers), London Heist is as engaging and as immersive as the likes of Batman: Arkham VR. Its problem is that it’s over just when you’re really getting into it.

There are a bunch of different action sequences in London Heist, each with little easter eggs you can uncover and unlock. Replayability might be slightly enhanced by these small actions, but since they’re detailed as in-game challenges, you’ll be able to knock them out quite quickly using level select.

VR Luge is a strange one, putting you in the virtual shoes of a street luger as he (or she, I guess) flies down a highway populated with cars and semi-trucks. To control your player, your tilt you head to the left and right.

VR Luge is also the game that’s going to make people ill; many an equilibrium has been lost when players bounce off invisible walls to the left or right and jump around the world, just ever so slightly. The effect didn’t make me want to toss my cookies, but poor Stuart Gollan wasn’t as lucky.

I’d heard for months about how cool Ocean Descent was, only to be highly disappointed when I finally tried it. This is the tamest demo of PlayStation VR Worlds, tasking a player to put on the headset and look around, no controller needed.

With three different ocean dives to go through, two are relatively tame and a third features a shark encounter. It wasn’t believable in the slightest, mostly because the actual shark attack is well and truly removed from any sense of immersion. As the shark violently shakes your dive cage, it’s moving and you’re motionless – and you know it. Compare that feeling to the long elevator decsent in Batman: Arkham VR – where you feel like you’re actually moving – and Ocean Descent pales in comparison. This is the one game you can use to show VR off to Nan – just don’t go with the shark one, just in case.

Ready for some generic sci-fi? You’re in a for a treat with Scavenger’s Odyssey, an experience that’ll have you flying in space, piloting a mech and doing some crazy space jumps.

If VR Luge makes you sick, I’d bet Scavenger’s Odyssey will do the same, though not for the same reasons. The only title to really offer 360 degree gameplay, this one’ll have most folks quite disoriented, most of the time. Have fun with that.

This one’s fun, but with a Kinect-like gimmick that’ll make your neck hurt just as much as VR Luge. In Danger Ball you’re essentially playing futuristic Pong, controlling your paddle with your head. You can move from left to right to line up your shot, and even head-butt the air for greater shot power.

All up, the disc is forgettable and not worth your time, unless you’re keen to have a showreel of VR’s greatest hits for visitors.