Deep down inside you, there’s a videogame character waiting to get out. We know it. You know it. Now, you can share it with the world by having a taunt based on your idea created into Battleborn and used by millions of players!

It could be your idea played out by four hands wielding chaos magic; or a supersoldier with excellent personal hygiene; or a dandy sociopathic gentleman robot…with his pet…mechanical…owl…you get the picture.

That’s right, no longer will your friends call you out on making weird faces and reactions when you play video games (DISCLAIMER: They still might do that). 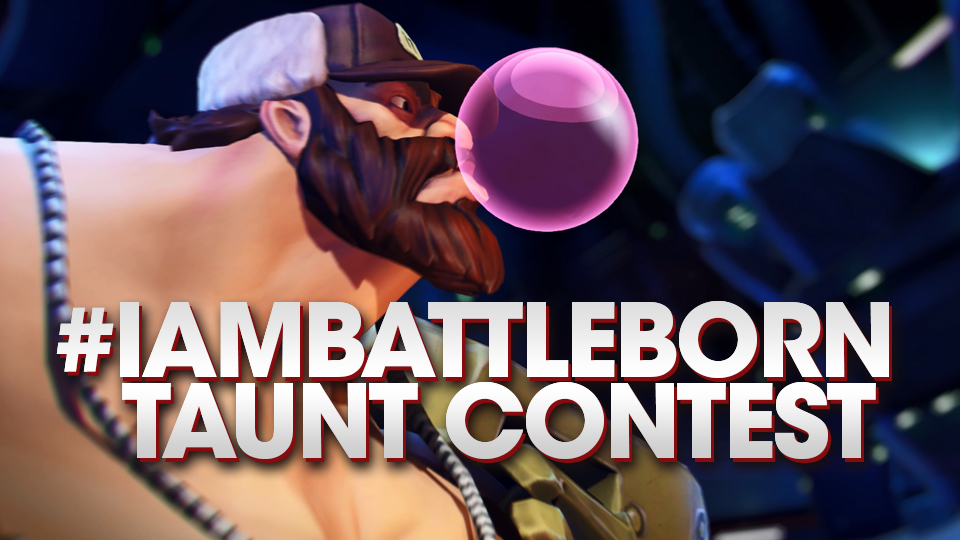 This is a ONCE IN A LIFETIME opportunity to have your taunt included in Battleborn. Eventually you may even be telling the grandkids this story by the fireplace. In space!

All you need to do is record a quick video of you performing a character taunt that you think perfectly captures and displays a specific Battleborn character’s personality (or what you think it should be). The winner will get an in-game taunt created inspired by his or her submission!.

The only thing that could suck about this competition: Potentially getting taunted by your own taunt.

OK, here are a few taunts from the game to set the mood:

Here is how to submit your entry:

Step 1: Create a video of your character taunt. You can pick any of the revealed Battleborn characters including the four newly announced badasses – Mellka, Ambra, Benedict and Reyna! Act it out on camera and make sure the shot doesn’t feature other people – you’re the star!

Step 2: Upload the video to YouTube (no longer than 30 sec), Vine or Instagram. At the beginning of the video, make sure to clearly indicate what character the taunt is for (show a sign to camera or shout the character’s name out loud).

Example : Hey @Battleborn, check out my badass entry to the #IAmBattleborn #contest <link to video>

Not only will the winning video-inspired taunt be in the game, you’ll also get a copy of Battleborn on the platform of your choice when it ships February 2016 and a framed poster signed by the development team! Hurry – entry is only open for a week till 10 September 2015 at 11:59 PT. A judging panel – consisting of members of the Gearbox Software team – will pick a winner based on creativity, originality and presentation that captures the essence of the characters in Battleborn. Contest is open to legal residents of the 50 United States and the District of Columbia, Austria, Australia, Belgium, France, Germany, Ireland, Spain, Switzerland, the Netherlands, New Zealand, Portugal or the United Kingdom.

A YouTuber was paid £20,000 to promote the Xbox One console