The Madden NFL franchise has survived for 25 long years and several console iterations, and over that time the series has grown from a blocky, arcade-style experience to a well-oiled machine, where refinements are slight but the gameplay is razor sharp.

With Madden NFL 25, the franchise once again takes the leap into a new generation of consoles, but does so with a lot of its baggage in tow. Madden NFL 25 isn’t the visually impressive, totally immersive football title EA Sports was hoping for, but it does introduce a few changes that hardcore fans will certainly appreciate.

Sports games on new consoles are a troublesome beast. On one hand they are often some of the showcases for the machines, while others are stripped down when it comes to features. EA has opted for keeping all of the same stuff we got back in August with Madden NFL 25, as both the Xbox One and PlayStation 4 versions are identical to their last-gen counterparts. That said what we do get with these new versions isn’t much, making an upgrade harder to recommend for those already knee-deep in football. 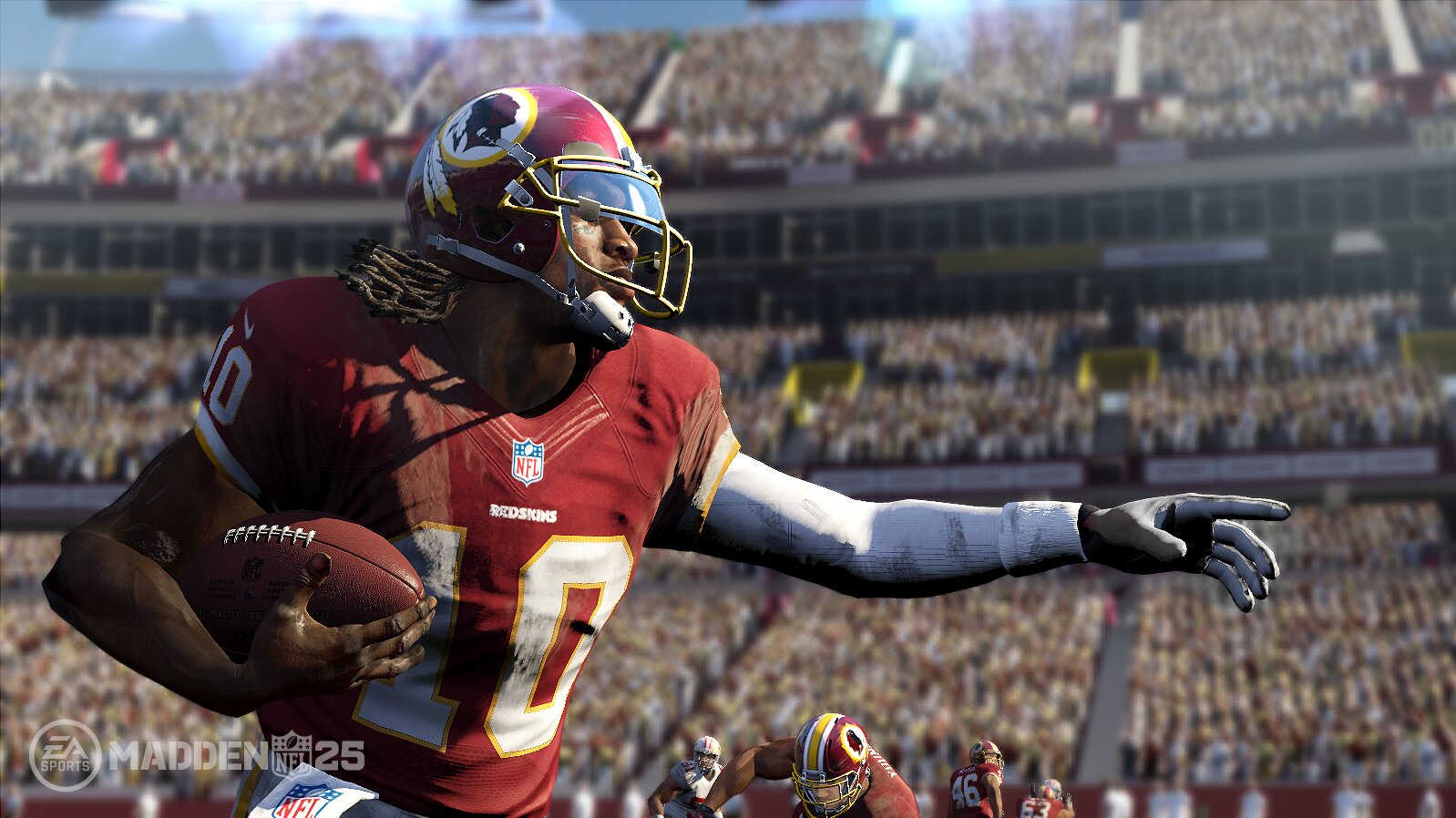 One of the biggest things I wanted out of this version of the game was for the small nuances from the new engine to be ironed out. That included slowdown and general lagginess in certain areas. A lot of this has been remedied, and there are even some new touches such as better crowds and sidelines. Snow looks better, and the grass has a more volumetric look and feel. That said everything else still looks pretty much the same, with a higher resolution to spruce it up. This is not a showcase for new hardware, but more like an old game being spit-shined for new hardware.

Players still look weird though, which is a shame. Madden’s engine has always had a weird way of making certain players look. Even showcased players like Peyton Manning and Tom Brady look really awkward at times. I did appreciate the fact that the sidelines are no longer plagued with mannequins that sported only a handful of animations though. It is cool to see them react to certain situations as they happen, though some players with their helmets off are simply ghoulish. Also, virtual Jim Nantz and Phil Simms are still hideous. 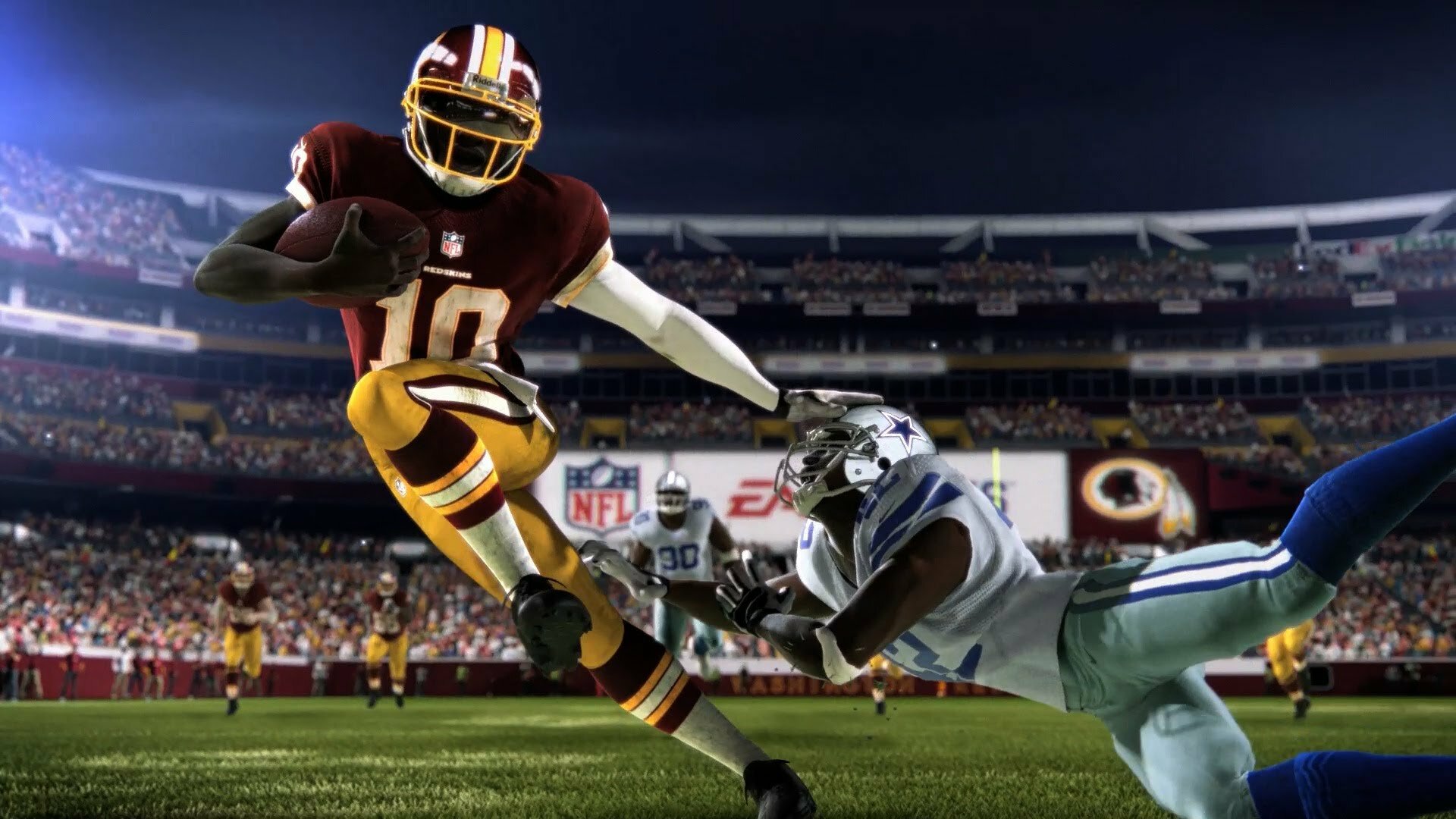 Sadly the commentary matches the spooky designs. This is the same busted play-by-play we got in the previous versions. Missed calls and repeated dialogue are consistent, and sometimes even provide wrong information, likely because it is outdated. On the bright side, crowds are now more interactive, getting louder during a much needed defensive stand, and booing when their team doesn’t take a chance on fourth and short.

While the visuals may not be Earth-shattering, the improvements in the core game definitely stand out. For starters the defensive AI is much improved. Defenders now make a play on the ball more often, and the defense in general seems to adjust more often to my play calling. There are still instances where the defensive back would intercept my pass like a hawk. He didn’t even know where I was throwing it, and somehow made a beeline for the ball. It can be frustrating.

The running game was improved in the current iteration, and even more so here. Holes open up when they should, and the momentum from changing direction feels more organic. The entire system feels much more refined and realistic, making running the ball more enjoyable.

Probably the coolest addition to Madden on the Xbox One though is the introduction of CoachGlass. Using any tablet or mobile that supports Microsoft’s SmartGlass App, players can basically take control of defensive playcalling on the field. This can be done by anyone, including a friend who maybe knows  a little more about football. The cool thing is that it learns tendencies from other players and teams as it progresses. That means it will offer up strategies for certain downs and distances based on who I was playing against and with. It is very cool for those taking the dive on Xbox One.

for the Xbox One Console – Review submitted by John Matthews