This is my first try at a Rainbow Six game, so im new to the style of shooter it is, as from playing it is very different ball game to Battlefield and Call of Duty.

At first when i started playing it, I could feel instantly that the game and how it played was different and it took me a while to get used to.

I didn’t like the style when i started playing, I felt that it was too slow, I didn’t feel like I was doing much in the game, but as I played more and more I learnt of the strategy that was required for each match and play, and how important communication was. (I have touched on this more below) 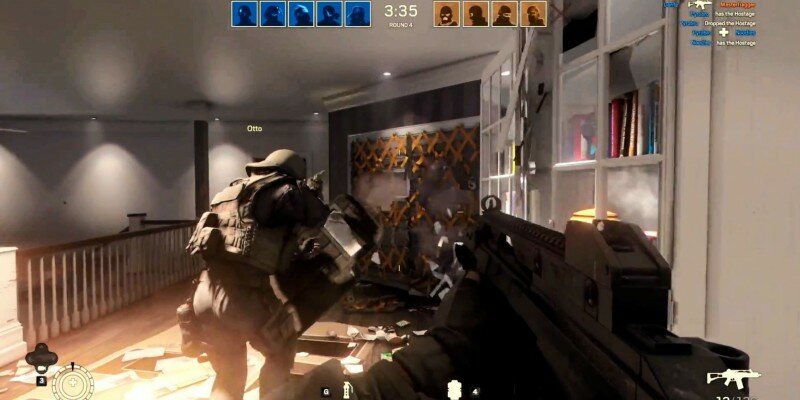 I understood that there was a reason behind the pace being slower, the combat being few and far between.

I thought the game was a very good looking game, the maps were designed very well and was good to see the objectives changing to different rooms each time, also it was good to see nice use of the area provided, and not just block one area off, instead using that for space, and cover.

I have decided to talk about each section below that is available in the game, this was it will give a better analysis of each area.
Situations takes you through different scenarios such as Close Quarter Combat, Protecting a target, neutralising someone and others.

The mode is basically training exercises that help you learn how to play to the game in different scenarios and situations. There are 11 situations all together to play through, and even though the game is missing a campaign, this has enough content and is strong enough to paper over the cracks that the lack of campaign may have caused. 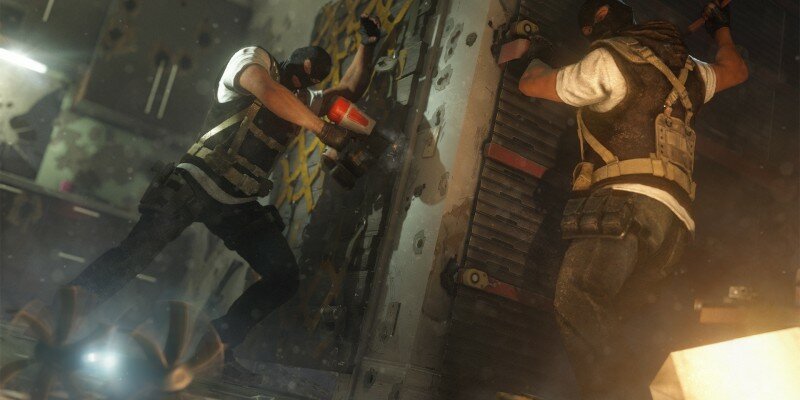 With the Multiplayer I found that it was very boring, especially with you not being able to pick a mode yourself and you’re at the mercy of the game and whatever that decides to put you in. Which I have to admit that im not a fan of. I like to be able to pick the mode and just play to that objective, so it’s a little disappointing that it’s just play what you get.

I didn’t really understand the whole, get droids in to find the bombs/hostage bit first. I would have much preferred to have gone in without all the palaver, or to have been given the option to send a droid in or storm the building we were attacking. This is where team strategy would have come in to it better. Someone sends drones in, lets the others know where it is, and boom, off you go. I know this is an option to do, but only after the initial drone has been sent in before hand. I found it a bit of a waste of time, as most times people would just follow others blindly and not cover the entire building to try to find what they were looking for.

I understand that it gives a bit of surveillance to the map were on and allows us to find the bomb were meant to be attacking, but I just think if you’re going to put 2 modes together and give 2 ways of winning the match I think I should be given the choice of how to start and play it.

One thing I can see where this comes in handy, is the fact that you have one life. When you’re dead, you’re dead. Kinda makes your time in the maps that little bit more precious, you want to keep your life, so using the drones can be a good way to scout ahead and get some intel on the place to find where people are. Only problem is, if someone shoots your drone from behind, and you don’t see how many are there, then you’re back at square one really. You know there’s someone there, but not sure on the severity of the danger. Remember there’s always stranger danger around every corner! So be patient and play it cool, as running and gunning all guns blazing type play will get you killed quickly. You’re not going to be much use to your team them. Although if you are on Mic you can control cameras etc to warn them were people are. But you will probably more help to them in body and not spirit.

From what I have played of the Multiplayer, it is a very team orientated game and communication is key, putting a strategy together with your team mates is crucial. If you don’t, you will lose matches. With this, I found myself not firing my gun very much, its more covert than anything else, making sure you’re in the right place and you’re supporting your team and they are supporting you.

Within multiplayer there are 2 kinds of plays. Casual and Ranked. Casual is available right out the box, however to get to ranked PvP you have to grind right the way through to level 20, and this can be a bit of a pain as the game isn’t very generous when it comes to XP. At times you can feel like you have done a lot, but get very little reward for it, which can seem to be a bit pointless. 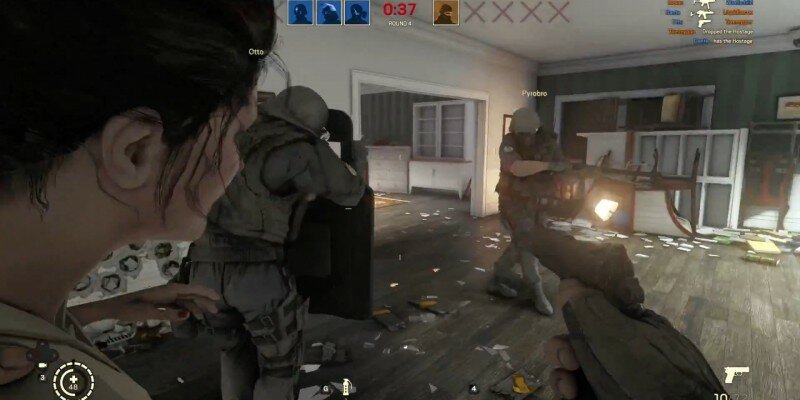 Terrorist Hunt mode does what it says on the tin, you can go lone wolf or get your friends together and make a 5 man team to take down AI terrorists.

Pretty simple, and is a lot of fun to play with friends, again as i said in the multiplayer section above, it’s very team orientated and although you can go lone wolf, its much more fun to play with friends, as there are more people and probably easier to get strategies going instead of talking to yourself wondering if it’s a good idea to go all out and storm a room.

There is one thing missing from the game which I did find disappointing, and that is a full campaign to play through. There is a fair bit of content to go with the game, but it would have been nice to have had a playable single player to mix it up a bit. Saying that though, the pure competitive nature of the game will have people coming back for more.

An issue I have come across with the game is that because it is an always online game, this can impact your fun a bit, as it will be down to your internet connection, everyone in the games internet connection and the make up of the teams which can all have an impact on the enjoyment.

So if Bob on your team has Tesco Value internet and is still rocking the dial-up, he’s probably not going to be much use to you.

The game is thoroughly enjoyable when played how it should be, and it isn’t going to appeal to everyone as the style of the game is somewhat very different to your conventional shooters. But if you can get to grips with the style and the feel of the game, you will probably have loads and loads of fun.

Based on how i found the game, and how it played for me, im going to give Rainbow Six Siege a 7.

Game reviewed on Xbox One and Provided by Ubisoft.

You may have to buy your PS2 games again on PS4