‘Infamous: Second Son’ is the latest release in the ‘Infamous’ franchise, a series that originally got its start on the PlayStation 3 about five years ago. Developed by the now Sony-owned Sucker Punch, the open world games allowed players to reach super-powered havoc on the PS3.

You start off in the Akomish settlement in Salmon Bay, a few miles just outside of Seattle, Washington. You begin the game by tagging a billboard which contains a Sheriff advertisement of Reginald (Reggie) Rowe, Delsins older brother. As the Sheriff, who saw the billboard no doubt, tries to find Delsin, you run to the “Longhouse” a local gathering place. As you reach the Longhouse, the Sheriff is just leaving, and confronts you at the front door, as this occurs a truck crashes nearby. The truck contains three conduits, two of which escape almost right away, the third is trapped by the truck. Reggie, being the good sheriff, goes after the two escaping, as that occurs Delsin assists the third conduit, Hank, from the wreckage of the truck.While the sheriff returns after losing the other two conduits, Hank takes Delsin hostage, in the struggle Delsin gains smoke powers, and passes out. He awakens to find he has powers he can barely control, and that suddenly everyone is in danger because of Hank. As you confront Hank, you start to gain control over your powers, until finally you chase him out into the open where the D.U.P. is located. Augustine, the leader of the D.U.P. then questions you by means of torture, sending shards of concrete into your legs, forcing you to pass out.Delsin then awakens to find a lot of his tribe had been tortured for more information as he had, none of them gave up any information. Unfortunately Delsin finds out, they are all dying because of the shards of concrete, still working it’s way into their legs little by little. So, Delsin and his brother head to seattle, where the fun really begins, and the story just launches into the air from here. 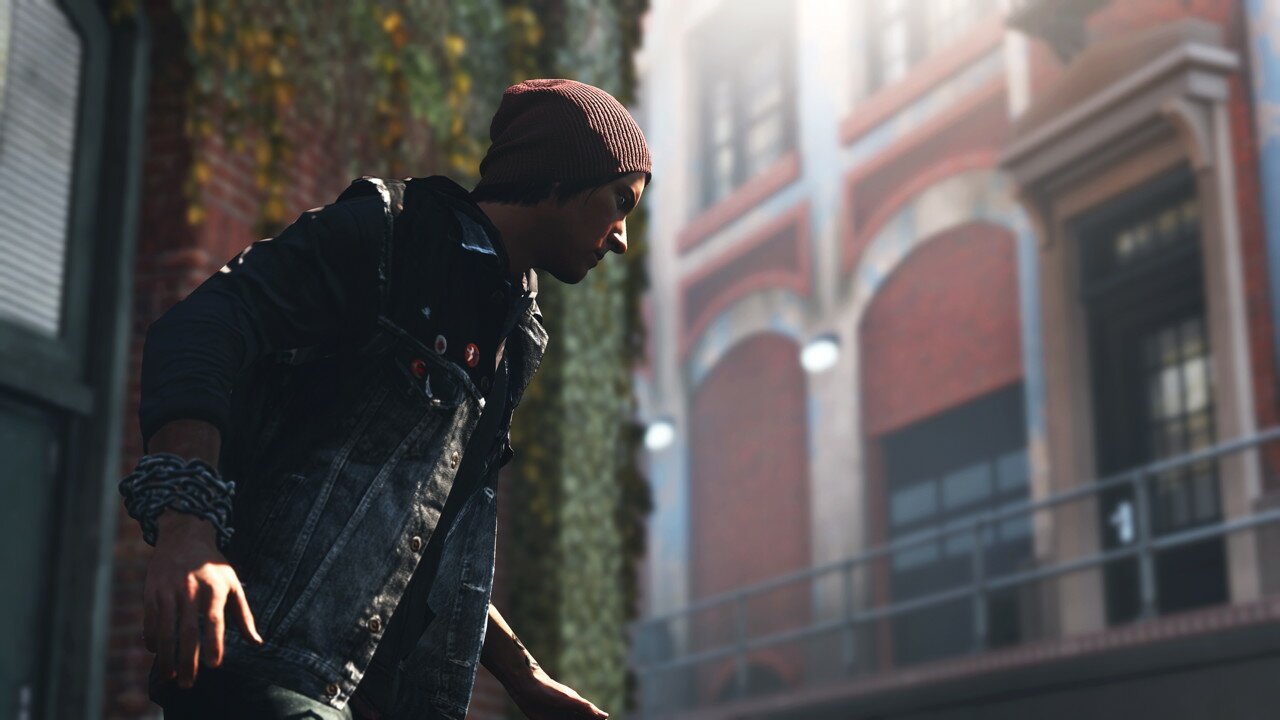 Delsins powers, which are classified as smoke, make the game a bit more interesting than electricity. For one, there’s less sources for you to resupply your ammunition, for another, it makes transportation a little more difficult. As Cole, you could ride telephone wires, or train tracks, as Delsin you don’t have any such luck with that. You can hop around the rooftops, float from here and there, and do a slight teleport, which is useful but can take time to get from one end of the map to the other. The combat system is smoother, and the ability to dodge is easier than it was with Cole previously.​ 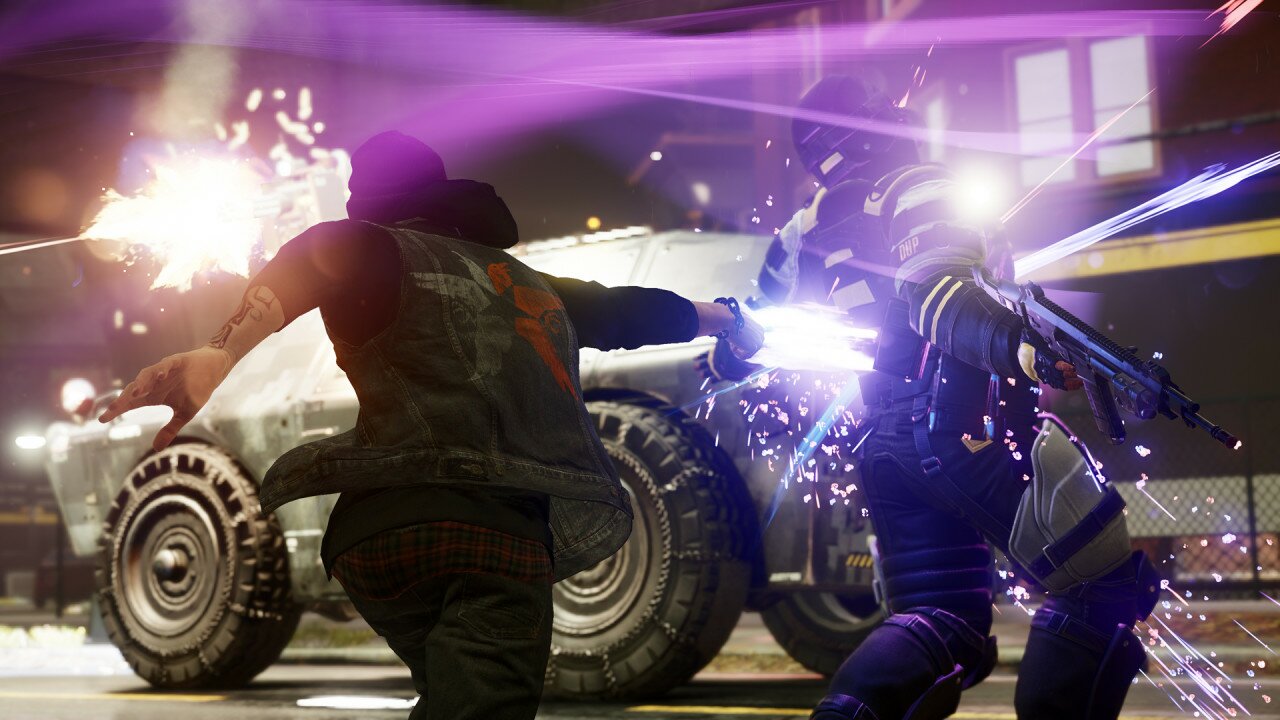 The graphics of this game, is of some of the highest resolution I have seen to date, if you zoom in enough you can see pores on Delsins face. When the characters speak, their mouths are actually in sync with their voices, and you can actually see emotion on their faces. The world is very detailed as well, looking at the picture above you can see the entire city in great detail. That isn’t some kind of picture that’s loaded into the background to make it look like you can see it. There are actual shades, and layers of graphics all on top of one another. Excluding the forests, mountains, and the water, you can go anywhere in that city, even the top of the space needle can be reached.They may have accomplished this in other games, however this quality of high definition detail was not very possible before. There’s almost no lag with this game what so ever, which is great to see.You can be good or evil, on my second run I found myself playing evil on expert difficulty. Now playing both sides of morality, I’ve found they’ve made being evil a bit easy, taking the easy road, with a very sad reward. Loneliness. However gaining your powers is easier, because killing everyone contributes to your evil evolution. While there’s very few morally good actions for you to perform, there’s an unlimited amount of evil actions you can perform. 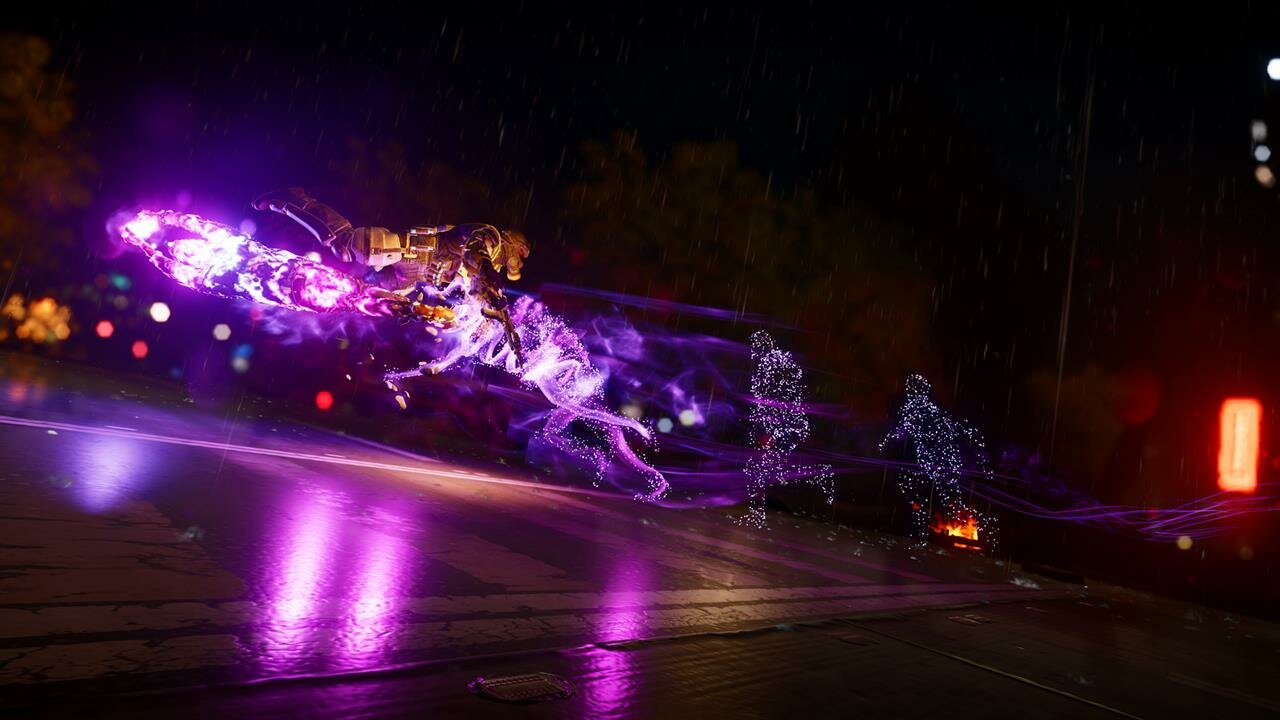 The Neon powers encourage more high-precision tactics. Sniping at enemies slows down time enough for you to vaporize them with headshots or disable them by going for the legs. The lightspeed ability, meanwhile, turns Second Son into the best video game interpretation of the comic-book character Flash that we’ve never played, letting players blink through streets and run up walls.

A later power set is a haphazard blend of stealth, melee, and minion summoning. It’s the least well-defined of the abilities, but I found it useful for thinning enemy herds before switching to smoke.

Each of the powers lets you travel quickly through the city in one way or another, which is important given Second Son’s reduced emphasis on parkour. There’s little need to climb a building when you can just run over it or ash your way through its fences.

The flashier abilities complement a flashier protagonist this time around. Previous Infamous games featured a rather dour, self-serious leading man. Delsin, on the other hand, drops the tortured hero act 30 seconds after realizing that he can eat bullets and jump off buildings. He smiles for the camera before slamming the ground like a smoky, nuclear warhead. “Enjoy your power” indeed—having a protagonist who is enjoying himself as much as you are for once makes it much easier to buy into that marketing line. Second Son has a certain air of self-confidence about its essential nature as a video game that you don’t see on many titles this side of the Saints Row series. 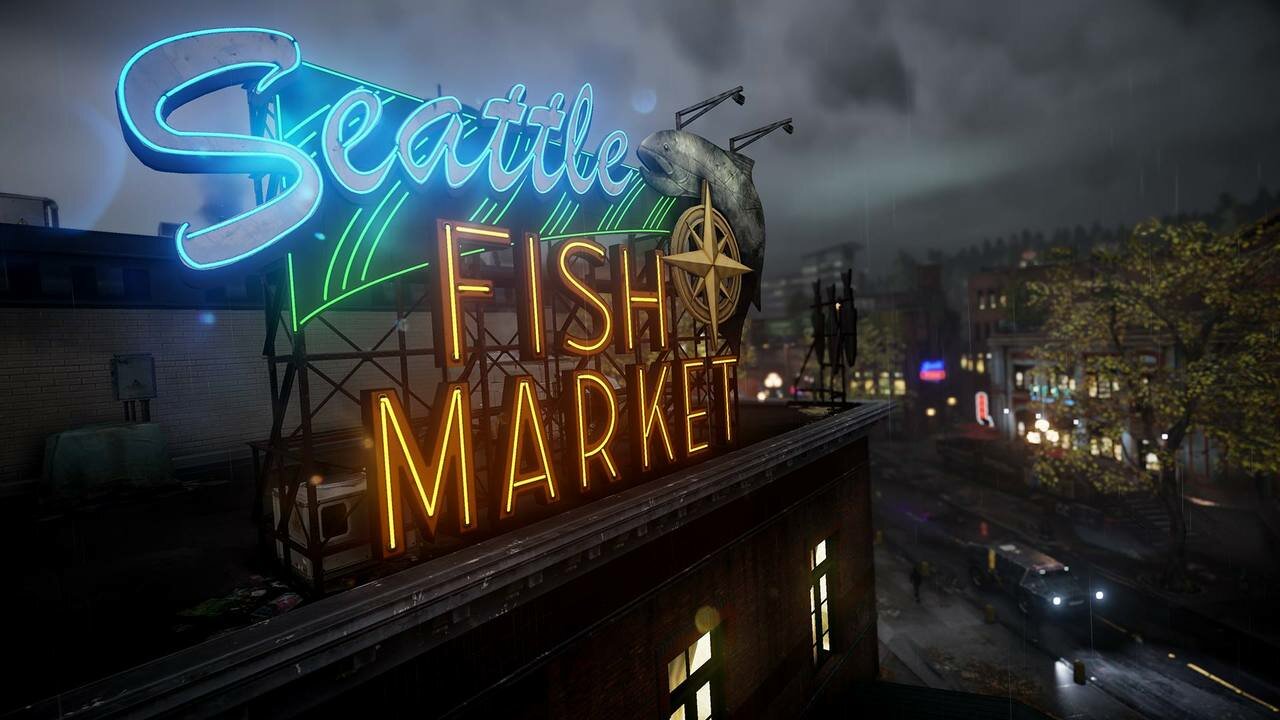 It’s about as binary as game morality gets (red is bad, blue is good) but what really matters is its effect on gameplay. When your powers change to reflect your attitude, so too must your actions. Playing the hero means playing with precision—you don’t want to accidentally drop a building on that school bus while feeding ash rockets to that sniper. Villainy, meanwhile, allows wanton destruction.

There are plenty of side activities to give you an excuse to free the districts of Seattle. Most of these involve collecting things, exploding things, or cutting things up with your Neon-charged light saber arm, all good fun. 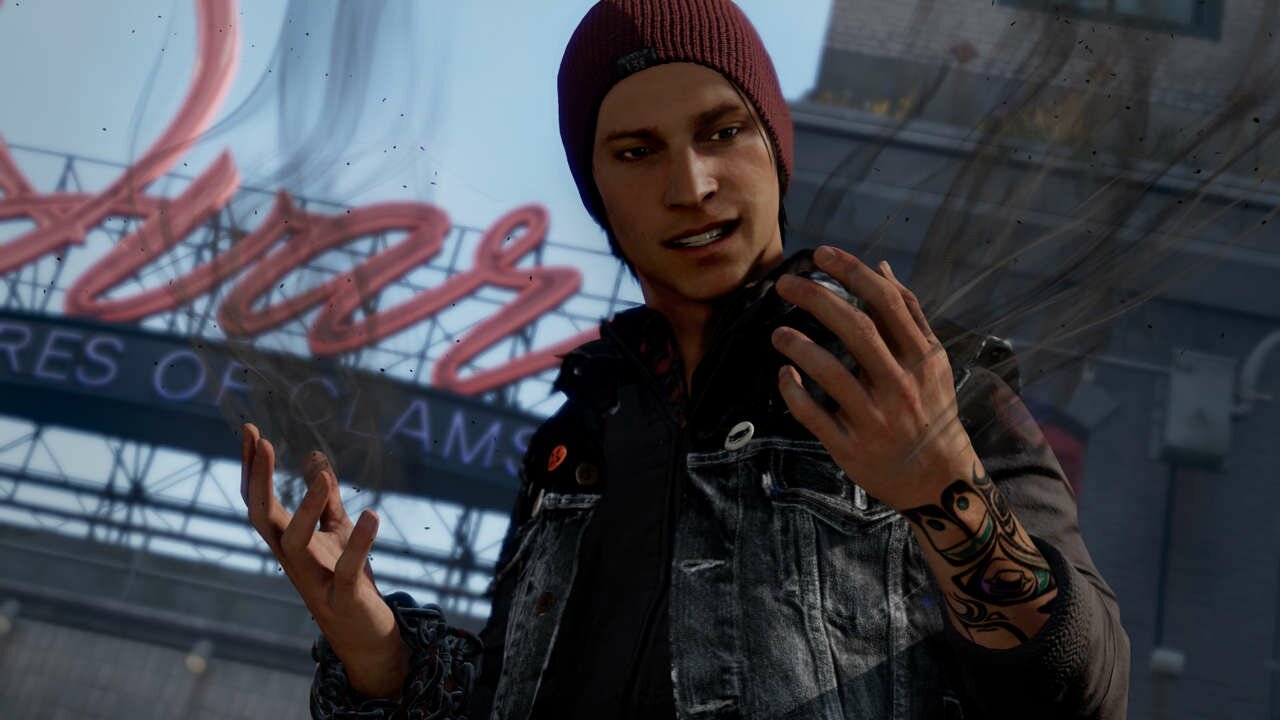 MLG Call of Duty: Ghosts Champion to be crowned at PAX East